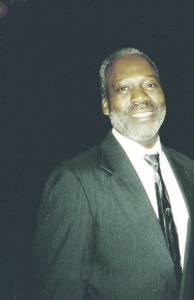 In 1974 Van was joined in holy matrimony to Jackie V. Allen in Jackson. Van and Jackie celebrated forty-one years of marriage. To this union two children were born, Van Anthony and Jameka Latrice. He was also the father of Aundreco Robinson (deceased).

Van gave his life to the Lord Jesus Christ under the teaching of Pastor Nicholas Tanner and a remarkable transformation took place. He became a faithful member of Second Temple Church of Christ (Hol.) U.SA., serving in the capacities of choir member, trustee, deacon, assistant superintendent, and Sunday school teacher.

He loved washing his cars, tending his lawn and grilling. But most of all, he loved spending time with his family and helping others. He was a hard worker and worked in the plastic industry for most of his adult life.

He is preceded in death by his mother and father, Howard and Helen Williams; brothers, Ralph Williams, Marvin Williams, and Henry Burks; and son, Aundreco Robinson.