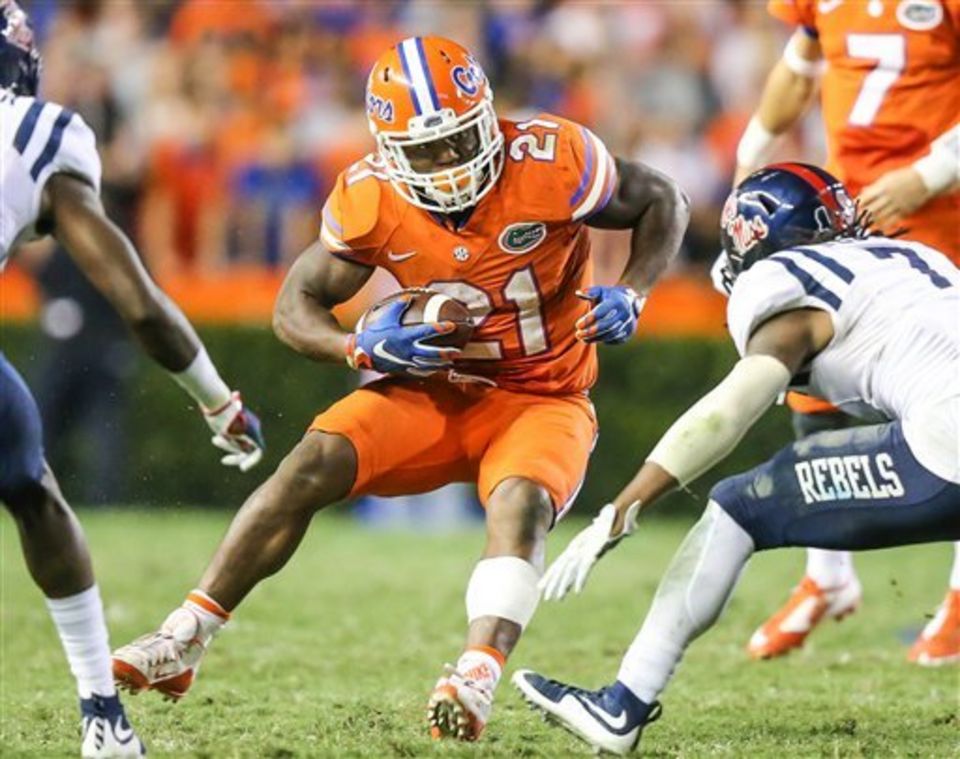 (AP) Ohio State remained No. 1 in The Associated Press college football Top 25 and tied a poll record on Sunday, despite lagging support from the voters.

Meanwhile, No. 2 TCU and No. 3 Baylor edged forward, No. 4 Michigan State slipped and No. 5 Utah and No. 6 Clemson took big jumps.

Ohio State was the only team in the top 16 to have the same ranking this week as last.

The Buckeyes held off Indiana 34-27 on Saturday and have now been top-ranked 101 times, matching Oklahoma for the most in the 79-year history of the media poll.

One more week at No. 1 will give Ohio State a record all to itself. The most times being on top of the AP poll.

Utah and Clemson were among six teams that moved up at least five spots in this week’s rankings. The Tigers gained six spots after squeaking past Notre Dame, 24-22 at home. The Utes moved up five spots in an off week, taking advantage of all the losses by teams in front of them.

— No. 8 Alabama, No. 9 Texas A&M and No. 10 Oklahoma all gained five spots after impressive victories.

— No. 11 Florida made the biggest leap forward, 14 spots after crushing Mississippi.

The Gators move ties for the third largest in the history of the poll:

The Southeastern Conference leads all leagues with six ranked teams, but LSU at No. 7 is the highest ranked. The last time the highest-ranked SEC team was that low was Oct. 10, 2010, when Auburn was No. 7.

After two weeks of the Big Ten having the top two teams in the nation, Michigan State dropped two spots to No. 4.

Mississippi State, Wisconsin and West Virginia dropped out of the rankings after losses.

The Associated Press Top 25 college football poll has a new top team and one less Mississippi team. Coming off a 31-13 victory over Missouri, Mississippi State moved from No. 24 to No. 20 in the […]

OXFORD, Mississippi (AP) — The driver of the vehicle that wrecked on Nov. 9 on Mississippi Highway 7 near the University of Mississippi, killing two Ole Miss students, has been charged on two counts of […]