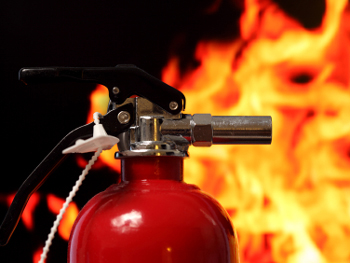 PASS CHRISTIAN, Miss. (AP) – Firefighters quickly extinguished a small blaze on a freight train that had just traveled over a bridge on the Mississippi Gulf Coast.

WLOX-TV reports that the eastbound CSX train came to a stop Thursday evening in Pass Christian. The engineer had noticed smoke coming from the locomotive as the train was going over St. Louis Bay.

Lt. Jason Hair with the Pass Christian Fire Department says no hazardous materials were aboard.

GREENWOOD, Miss. (AP) – An autopsy will determine how a Greenwood Utilities lineman died while working on an underground transmission line.

Leflore County Coroner Debra Sanders says Thursday that an autopsy will be performed in Jackson.

Wheat was working at a site that’s outside the city limits but within the service area of the municipal utility.

Sinclair says Wheat had worked more than 23 years as a lineman for Greenwood Utilities.

Justices on Thursday threw out Hollie’s guilty pleas, convictions and sentences, and ordered a lower court to hold a mental evaluation for the 30-year-old.

Court records show that in 2009, Hollie turned himself in to authorities and confessed to robbing a gas-station attendant at knifepoint and to shooting pawn shop owner Denmon Ward to death. Records show Hollie claimed God had led him to the pawn shop.

A judge accepted Hollie’s guilty plea to both crimes before a mental evaluation was conducted.

Records show Hollie put on no defense during sentencing in 2010, but asked jurors to sentence him to death so God could deal with him.

PRENTISS, Miss. (AP) – A Prentiss teacher has been fired after a camera was found in a restroom at J.E. Johnson Elementary School.

WDAM-TV reports the teacher’s name has not been released.

Superintendent of Education Will L. Russell, in a statement Thursday, said a camera was found Wednesday in one of the school’s restrooms. Russell says no student was injured or harmed by the alleged incident.

An investigation determined the camera was owned by an employee at the school and Russell says the employee was terminated.

Russell did not indicate if any charges have been filed.

JACKSON, Miss. (AP) – A Jackson police officer arrested on charges that he was stealing money from suspected drug dealers has been freed on $10,000 bond.

An affidavit filed by FBI agent Glenn Folsom says Jones was known to associate with drug dealers. Folsom says residents told the FBI that Jones was tipping off drug dealers to police activity and raiding their rivals.

The FBI says an informant set up raids in June 2014 and April 2015, each time telling Jones someone was coming to buy drugs. Folsom says Jones pulled over both undercover agents, seizing $4,000 from the first one and $5,000 from the second one, despite neither having any drugs.

The Federal Emergency Management Agency (FEMA) hereby gives notice to the public of its intent to reimburse eligible applicants for eligible costs to repair or replace facilities damaged by Severe Storms, Tornadoes, Straight-Line Winds and […]

JACKSON, Miss. (AP) – Attorneys say a Mississippi man who has been jailed 11 years without going to trial will be transferred to a state mental health facility. A judge on Monday approved the transfer […]