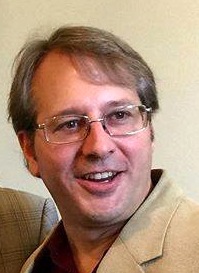 Let’s get the story correct regarding Denali Water Solutions/Socrates Garrett Enterprises Inc.’s proposal to handle disposal of biosolids for the City of Jackson. Lots of misinformation is circulating because of lack of fact-checking and other reasons.

An anti-Denali/Garrett article that ran today (September 23) in one media outlet – the Northside Sun – was inaccurate in several important respects that continue to give credence to the blatantly false allegations by our competitor, Synagro WWT Inc./Fisher Construction and Transportation of bias on the part of the City Council toward my clients Denali/Garrett.

It is misleading folks to think that their (Denali/Garrett) $15.45 million offer is an apple-to-apple comparison to Synagro’s, $13.6 million “offer” – an offer that was not responsive to the city’s request for proposals (RFP) and was not provided until after Synagro had illegally obtained a copy of Denali/Garrett’s proposal.

More importantly, it’s not even close to an apple-to-apple comparison – if Denali/Garrett was permitted to eliminate a “performance bond” as Synagro proposed (which would be stupid for the city to do) and take 20 percent of all sludge to the city dump on the city’s dime for dumping fees, then Denali/Garrett’s price would be lower, too.

But that was not what was in the contract scope. I’m always ready and willing to clarify any questions for a fair story, but that’s not happening with some media outlets.

It has been reported that someone has been making robocalls to city officials and others regarding the contract discussions. I know nothing of this matter, so I cannot comment on their contents or speculate on who ordered them.

Regarding Synagro’s tactics: These seem obvious. Wilson Carroll’s – who had no involvement with the evaluation process and did not participate in company interviews with certain media outlets – private communications to City Council members and public comments at City Council was to try to keep the focus away from Synagro’s unworkable plan to remove the city sludge to Alabama. And instead, it was to disparage Socrates Garrett because he supported Mayor Tony Yarber’s campaign.

The focus then shifts to Garrett for personal attack because he favored the mayor over other mayoral candidates. And to do so, Synagro illegally obtained a copy of Denali/Garrett’s proposal during the contract negotiation phase. That is outside the rules and unprecedented and opens the door to the very bid-rigging allegations that Synagro claims.

Synagro obtained hand-written notes of the city’s evaluation team and made baseless allegations of bias toward Socrates Garrett during the evaluation process (though no word on how the City’s independent consultant was biased, too).

If Synagro has facts, then they should name names; we invite them to. It is not unusual for scores to be changed up and down during any evaluation process; it would be surprising if they did not. Synagro has no factual basis for its allegations of bias, or Wilson Carroll would have provided that information months ago.

After a judge ordered that Synagro return Denali/Garrett’s illegally-obtained proposal and sign affidavits saying they had returned or destroyed all copies, they signed them, but it was a lie. They submitted false affidavits. For taxpayers, that should be a pretty big deal.

What has gotten lost in all of this is the basic evaluation of the proposals. Denali/Garrett has moved 305,000 tons of biosolids – roughly 13,500 truckloads. Denali/Garrett can run four times the number of 23.5-ton trucks, because it is going 35 miles away from Jackson to Yazoo and Rankin counties rather than 180 miles away to Synagro sites in Alabama. And Denali/Garrett is running 42 trucks to Synagro’s scant 16.

Basic business common sense dictates that Denali/Garrett can easily do it quicker and not lose money in the process.

Denali is the only company that can meet an EPA Consent Decree deadline that requires the city to have the biosolids removed by Dec. 31, 2017.

Synagro misrepresented Denali/Garrett’s proposal, and they are intentionally misleading the public about the number of trucks they can run and the amount of sludge they can haul and recycle versus what will go into landfills at an additional cost to the city for “tipping” or dumping fees.

There are thousands of reasons why the Denali/Garrett proposal is the best, but Synagro strategically decided to attack Socrates Garrett and the process to accomplish the very thing that has happened here – raise enough questions and play enough politics between the mayor and city council to put them back in the game.