The family used Linda’s maiden name – Linda Yvette Leggett – on the funeral program because they didn’t want the name of the man (Montson) who is charged with killing her anywhere to be seen, though he was her husband.

Linda Leggett Montson’s death was reported in the local media in five to six sentences. All you learned from those reports was that she was 40 years old, was shot multiple times and that police were searching for her husband, Bobby Montson, 44.

But there’s more to Linda’s story. She was a mother of four children, ages 17-22. She also left behind a mother, a father and grandmother and a grandchild -a 6-month-old boy.

She worked at Penn’s Fish House on Lakeland Drive, as does one of her oldest sons Marquis Lindsey, the twin to Stepfon. Her daughter Nakia Davis and son Cordarius Fear huddled with the family at their mother’s gravesite this past Monday, September 21, 2015.

Sadly, Linda’s life follows the storyline of many domestic violence cases which have tragic endings. Before, she had tried leave and her husband found her.

This time, she had saved enough money – $1,600 – to move to another place, away from her Bristol Park apartment on County Line Road. But Bobby Monston – her family calls him by his middle name, Dwayne – thwarted her attempted escape, allegedly shooting her multiple times in the early morning hours on September 12.

Linda’s mother Elizabeth Lacey said family members did what they could to support her daughter. Lacey said she often had to “back away” because she didn’t want to lose all contact with her daughter.

It is common that abusers isolate their victims from family and friends, said Eva Jones, of Butterflies by Grace Defined by Faith, a group at lends support to victims of domestic violence.

October is Domestic Violence Awareness month, Jones said. And this case, like so many others, reveals the need for awareness that domestic violence can happen in any family and victims need to seek help before it becomes fatal.

Wendy Mahoney, execute director of the MS Coalition Against Domestic Violence said Mississippi’s domestic violence homicide ranking has dropped from 5th place in the nation to 34th – a good sign, “but one is too many.”

“That is indicative of the strides that we have made, but one is still too many,” Mahoney said. “There is help for you if you are in an abusive situation. We want you to know that you are not alone – you are never alone. Call the Domestic Violence Hotline at 800-799-SAFE (7233) or go to http://mcadv.org/get-help/.”

Lacey said she nor other family members ever thought Bobby Monston’s abusive tendencies would rise to the level of murder. “We just never thought this would happen,” said Lacey, who herself had experienced abuse in the past.

So she understood what her daughter was dealing with and also understood her powers to help were limited.

“She didn’t want to be around family members, didn’t want to hear what we were saying to her,” Lacey said. The only time she could talk to her daughter was when Bobby wasn’t home.

Monston’s cousin Shereda Pannell said the same. She said Linda visited her in Arkansas two weeks before her death and told her about her plans to leave her husband. Pannell claims she had been trying to get her cousin to leave the situation for the last three years.

Pannell said she also experience domestic violence some years ago but was able to escape the situation, thanks to her mother and three sisters. “They supported me. They didn’t let up in letting me I know I didn’t have to live that way,” Pannell said.

She said she now wants people to know that her cousin was the one who always provided strength and support to others despite her own situation.

Lacey wants it known that her daughter “had a good heart and would help anybody she could.”

Davis said what the family wants now is for Bobby (Dwayne) Montson to be caught and brought to justice. “We want him caught. The family needs closure; her mother and children need closure,” Davis said. Monston was last seen driving a black Nissan Sentra. Police said to consider him armed and dangerous.

Jackson Police Department spokesperson Colendula Green said they have received several “good” tips through Crimestoppers regarding the case and the department is following up on all of them.

For them the burial of Linda is not the end; they seek justice for their loved one lost to domestic violence. 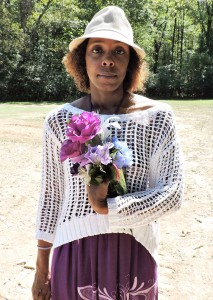 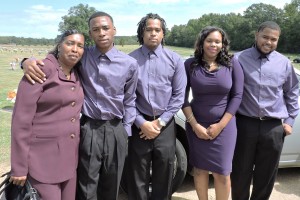 May 1, 2015 Online Editor News, The Buzz Comments Off on John Louis Blalack gets maximum prison term in rundown death of black man

March 31, 2014 Online Editor News, The Buzz Comments Off on Mississippi man convicted after ‘accidentally’ shooting a man 10 times is up for parole

JACKSON, Mississippi (AP) — The family of a Magee man killed in 1994 after being shot 10 times in what his assailant called an accident is asking the state Parole Board to keep Milton E. […]