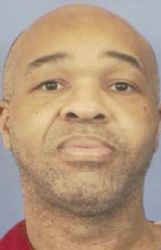 JACKSON, Miss. (AP) — The Mississippi Supreme Court is allowing death row inmate Eddie Lee Howard Jr. to go back to trial court to argue that his sentence should be thrown out.

The Supreme Court on Thursday ordered a Lowndes County judge to conduct a hearing into Howard’s arguments that DNA testing exonerates him in the death of an elderly woman in 1992.Howard, now 61, was convicted and sentenced to death in the slaying of 84-year-old Georgia Kemp of Columbus. Evidence against him included bite marks on her body.The Supreme Court, in the order signed Thursday, makes no specific mention of Howard’s challenge to the bite mark evidence but does direct the lower court to determine if Howard’s arguments of newly discovered evidence are cause for a new trial.

By Monica Land PARCHMAN – A death row inmate convicted of killing his 3-year-old-daughter, his ex-wife and her parents was executed Tuesday night despite repeated appeals by his attorney to the Mississippi Supreme Court and […]

Manning granted stay of execution due to ‘flawed’ hair analysis

A death row inmate convicted of killing two college students in December 1992 has been issued a stay of execution after his attorneys raised doubts as to what they call ‘new evidence.’

Willie Jerome “Fly” Manning had been scheduled to die by lethal injection on Tuesday, May 7 at 6 p.m. But just before 2 p.m., Mississippi Department of Corrections Commissioner (MDOC) Christopher Epps told a room of people waiting to witness the execution that Manning had been granted a stay by the Mississippi Supreme Court.

Manning was convicted for the brutal murders of Mississippi State University Students Tiffany Miller and Jon Steckler in Oktibbeha County. […]