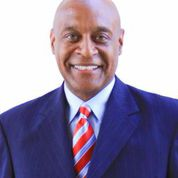 At age 6, Mical spent the majority of his first school year kicked out of class for behavioral issues, including angry and violent outbursts. His Great aunt and legal guardian, Martha Presley, was worried sick about Mical and his future.

At such a young age, he seemed destined for failure and even worse, prison some day.

By second grade, he couldn’t even read. Martha had taken custody of Mical after his grandmother passed away. His grandmother was all he had. Mical’s father was never in the picture, and his mother had relinquished custody because she wasn’t capable of properly caring for him.

“There were domestic violence issues, numerous times when she couldn’t feed him, and they moved from house to house,” Martha said.

Martha was overwhelmed and at her wits end. She kept switching Mical’s school, but he continued to get into trouble. He hated school and wasn’t learning anything.

While families like Martha and Mical live in the daily inner-city life struggle, federal lawmakers have been debating the reauthorization of the Elementary and Secondary Education Act (ESEA), an act that determines how and under what guidelines the federal government help fund America’s schools.

The last reauthorization of ESEA occurred in 2002 under former President George Bush and was called No Child Left Behind.

During the most recent reauthorization debates, various members of Congress have offered an array of proposals and amendments relating to ESEA, such as creating a clear definition of the concept of “bullying.”

However, none of these suggestions would help parents and guardians, like Martha Presley, who are desperate to find high-quality educational alternatives for their at-risk kids forced to go to schools where they just aren’t performing well, whatever the reason may be.

Then again, Congress has the luxury of debating ideas that don’t work for real people – a luxury that Martha Presley and others like her do not have. Each passing day, each passing week, each passing year, Mical’s future was becoming bleaker and bleaker.

Fortunately for Martha and Mical, Milwaukee offers school choice options for them beyond the designated neighborhood school. One of those options is the Milwaukee Parental Choice program. This scholarship opportunity was created in 1990 and is the first voucher program in the nation.

The program offers scholarships for low-income students to attend one of the participating private schools – at no cost to the student’s family. It began 25 years ago with 300 students and has now grown to 27,000 kids.

“I heard all about that scholarship program and said we’ve tried everything else, lets give this a try,” Martha said. Mical became a scholarship recipient, and she was able to enroll him in Milwaukee’s HOPE Christian School. Life changed for the better from that day on.

“I sent him there, and they worked with him,” Martha tearfully remembers Mical’s first days at HOPE. “He wasn’t getting sent home anymore. Mical had to buckle down and work hard with his teachers to get caught up, but now his favorite subject is reading.”

“I pay attention, I listen to my teachers, and I don’t get suspended anymore,” Mical proudly said. “I read, I’m really good at reading!”

Meanwhile, on Capitol Hill, Congress continues to debate ESEA, and no one knows for sure what the final bill will look like. Since it’s passage in 2002, the debate around ESEA has become a political cesspool.

Some Democrats seem dead set on making sure that relaxing the Dept. of Education’s involvement in punishing state systems for failing to meet standards curtailing the use of standardized testing in evaluating whether a school is “good” or “bad.”

On the other side of the aisle, some Republicans want to completely remove the federal government from the process by eliminating the “Common Core” standards altogether and reducing the Dept. of Education’s ability to punish failing schools.

Keep in mind that each side needs to be able to claim some legislative victory when the bill ultimately passes, often times determined by semantics.

Maybe, however, as the political posturing over ESEA escalates, lawmakers could benefit from conversations with working class families like Martha’s family.

These families are not tied to the political party caucus platforms, legislative wins and losses or grandiose policy proposals that promise change in the far distant future. Nor do they care about how they are viewed by others as they fight to find a good school for their kids.

Without the options provided through the Milwaukee Parental Choice program, young Mical would be trapped in a failing school. In reauthorizing ESEA, Congress needs to create an environment where similar school choice options will be made available for other kids as well.

For these kids, being in the right school dictates whether they thrive, flourish and develop the love of learning that will serve them for life.

As Martha Presley said, “I wanted to know why Mical was suddenly enjoying school, so I started sitting in on his classes and just saw so much love there. They let the kids know that they are important, that they are somebody and that they have the ability to accomplish great things,” said Martha. “Mical is now in the third grade and has grown leaps and bounds. I’m really grateful for this school.”

While the debate over ESEA continues, let’s hope that the members of Congress grasp the immediate benefit of school choice for families, like Martha’s family, who just want their kids to succeed – by any means necessary.

Kevin P Chavous, Executive Counsel of American Federation for Children, is also a contributing writer for the Urban News Services.

Educating the Kids Nobody Wants

March 18, 2015 Online Editor Education, Opinion Comments Off on Educating the Kids Nobody Wants

By Kevin P. Chavous After giving a recent education reform speech in Georgia, a thirty-something man approached me to discuss my views on the increasing school expulsion rate for kids, particularly boys of color.  He […]

JACKSON, Mississippi (AP) — Grab the nearest kindergartner and tell her this: Stay in school and study hard because Mississippi’s long-term economic outlook depends on you. If you slack off and drop out before getting […]