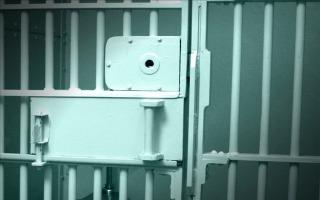 KOSCIUSKO, Miss. (AP) – A man convicted of threatening President Barack Obama and a hospital that refused to do surgery on his wife has died in the Attala County jail.

Sheriff Tim Nail tells multiple media outlets that 48-year-old David Williams was found hanging from a belt in his cell around 3:40 a.m. Sunday. Nail says Williams was alone in the cell before his body was discovered.

Nail says Williams was arrested on a federal probation warrant on Friday.

An autopsy has been ordered. The Mississippi Bureau of Investigation has joined the investigation.

Williams was sentenced in 2011 to 10 months in federal prison. He had been arrested that July after University of Mississippi Medical Center officials in Jackson reported that he made the threats during an irate telephone call. He pleaded guilty to two counts.

JACKSON, Miss. (AP) – The Mississippi Department of Health is confirming the first case of West Nile virus for 2015.

The reported case is an adult in Hinds County.,

The Health Department only reports laboratory-confirmed cases to the public.

Health officials say in a news release that people should be careful and take precautions to protect themselves from mosquitoes by using repellent containing DEET, minimize outdoor activity between dusk and dawn and eliminate standing water around residences.

TUPELO, Miss. (AP) – State Rep. Steve Holland is in a Tupelo hospital for treatment of another abdominal infection.

The 59-year-old Holland, a Democrat from Plantersville, tells local media outlets that he entered the North Mississippi Medical Center last Tuesday and expects to remain for another week.

Holland has struggled in recent years with infections and stomach issues. Holland missed much of the 2014 session when he suffered spikes in his blood pressure before undergoing major gallbladder surgery.

Holland had three procedures related to the ruptured gallbladder and was discharged from University Medical Center in Jackson in early February. He returned home to his farm in Plantersville to recover and returned for the end of the 2014 session in early March.

Holland has been in the Legislature since 1984. He is unopposed for re-election this year.

NATCHEZ, Miss. (AP) – Three Natchez officials are packing their bags and heading to the nation’s capital this week.

While in the capital, Brown said he, Johnston and Kirby will work to secure several events for Natchez’s tri-centennial celebration in 2016.

One of those events, Brown said, is a possible Natchez visit from the President of the United States.

PURVIS, Miss. (AP) – Lamar County may not be experiencing the spectacular boom in assessed property value like it did during a seven-year stretch starting in the early 2000s.

But in 2015, the county logged its largest one-year spurt in seven years in terms of overall dollars and growth percentage.

The county, which topped for the first time in 2014 the half-billion dollar mark in assessed property value, grew by another $12.4 million in 2015, a 2.4 percent increase.

The Hattiesburg American reports it was the largest single-year jump since 2008, when the county’s assessed value grew by $31.6 million, a 7.3 percent increase.

Since 1990, the county’s assessed value has grown every year, recording five double-digit growth rates in that 25-year period.

The accident near the Pontotoc County line.

Troopers tell the Northeast Mississippi Daily Journal a passenger in Hervey’s vehicle was taken to Baptist Memorial Hospital in Oxford with non-life-threatening injuries.

No ruling likely before spring in dead zone lawsuit

NEW ORLEANS (AP) – It will be at least spring before there’s a new ruling by the federal judge who ordered the Environmental Protection Agency in 2013 to act to regulate farm runoff and other pollution blamed for the Gulf of Mexico’s annual oxygen-depleted “dead zone.”

An appeals court ordered District Judge Jay Zainey in March to reassess his order telling EPA to set limits on the nutrients nitrogen and phosphorous in U.S. waterways. Those elements feed huge algae blooms that contribute to loss of oxygen in part of the Gulf of Mexico every summer, killing or chasing away marine life.

An order signed Friday says Zainey will base his ruling on written motions and responses from both sides. The schedule’s final deadline for those filings is March 16

PASCAGOULA, Miss. (AP) – A jury could not reach a unanimous verdict in the sex crimes trial of a Pascagoula man. The Sun Herald reports the jury informed the court Tuesday it was hopelessly deadlocked. […]