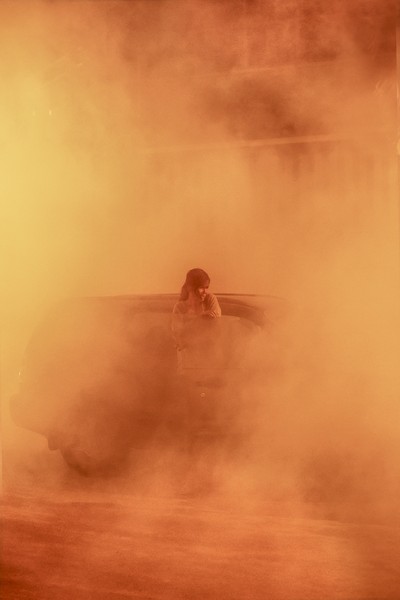 Pharmacist Matthew Parker (Joseph Fiennes) has just moved his family from Australia’s capital city of Canberra to a tiny town in the Australian Outback where he has accepted a position at the only drug store for miles around. The impetus behind the relocation had less to do with the job than with his daughter Lily’s (Maddison Brown) need for a new environment.

For, the troubled 15 year-old had developed a crush on a high school teacher (Martin Dingle Wall), who proceeded to take advantage of the situation by sleeping with his student. Her dad became so incensed when the two continued to rendezvous after the statutory rape was revealed that he beat up the perpetrator which, in turn, led to Lily’s running away from home to be with her abuser.

Thus, the idea of a fresh start far away proved very appealing to Matthew and his wife Catherine (Nicole Kidman), even if their young son Tommy (Nicholas Hamilton) was unhappy about being stuck in the desert far from all his friends. Despite her constant complaining, the adjustment was not as hard on Lily, given how successfully she was able to flirt with the hottest local hunk, Steve (Sean Keenan), a rebel with a cool tattoo.

The plot thickens the morning after a dust storm engulfs the godforsaken oasis, when Matthew and Catherine awaken to discover the kids inexplicably gone. Once it’s determined that neither went to school, they quickly report Lily and Tommy missing to the police.

The case is assigned to Detective David Rae (Hugo Weaving), a skeptical gumshoe very adept at criminal investigation. He soon identifies a number of persons of interest in the mysterious disappearance: Lily’s ex-teacher, Mr. McPherson; her surly suitor, Steve; the Parkers’ aborigine handyman, Burtie (Meyne Wyatt); and a host of others.

Thus unfolds Strangerland, a deliberately-paced, visually-captivating thriller directed by Kim Farrant (Naked on the Inside). The film features a quartet of excellent performances, including Nicole Kidman’s as a mother who, understandably, grows increasingly anguished over her offspring’s whereabouts. Joseph Fiennes is equally compelling as her concerned, if emotionally-unavailable, spouse. Also of note are veteran character actor Hugo Weaving (The Matrix) and newcomer Maddison Brown, who makes a most impressive screen debut as Lily.

An atmospheric whodunit guaranteed to keep you intrigued and guessing right to the very end.

To see a trailer for Strangerland, visit: https://www.youtube.com/watch?v=S-t70PICksU

Film Review by Kam Williams   Shocking Documentary Delivers Jaw-Dropping Profile of ISIS How much do you know about ISIS, the Islamic State of Iraq and Syria? Sure, you probably know that it is an […]

Film Review by Kam Williams   Separated Pet Embarks on Perilous Journey in Heartwarming Family Adventure Life has proven to be quite a challenge for Bella (voiced by Bryce Dallas Howard) from the start. Soon […]