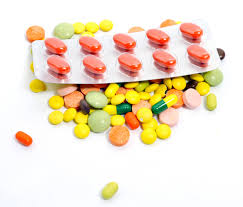 GULFPORT, Miss. (AP) – A federal judge is giving a Georgia doctor accused of running a prescription pill ring in Harrison County, Mississippi, more time to decide whether he will plead guilty to the charges.

The Sun Herald reports that Dr. Sanjay Sinha of Woodstock, Georgia, now has until June 22 to notify the court if he intends to accept a plea agreement.

Prosecutors say Sinha ran a family medical practice near Atlanta when he allegedly began a conspiracy to run a cash-only business with patients solicited in Biloxi casino visits.

Two of Sinha’s three co-defendants were casino workers. They have each pleaded guilty to a charge of possession with intent to distribute. Their sentencings are pending.

A similar tax increase was enacted in 2014. Seven percent is the most school districts can increase taxes without having to put the issue before voters.

The Greenwood Commonwealth reports the school system expects to lose $630,132 in state funding for the next year.

Officials say most of that decrease is the result of poor student attendance.

Officials say the district also may have to put off some needed repairs.

OXFORD, Miss. (AP) – Tim Potts, a captain in Purdue University’s police force, is the new campus police chief at the University of Mississippi.

Potts, a 24-year veteran in law enforcement, takes over Monday. He replaces Calvin Sellers who retired in May. His hiring was announced Tuesday in a news release.

The 50-year-old Potts comes to Ole Miss after having served since 2003 as captain of patrol and administrative operations at Purdue. He managed a patrol division of 30 officers, 13 dispatchers and a division of four detectives. He was also responsible for departmental training and coordination of security arrangements for athletic events and other special events.

Potts has a bachelor’s degree from St. Joseph’s College in Renssalaer, Indiana, and is a graduate of the Federal Bureau of Investigation National Academy.

JACKSON, Miss. (AP) – Democratic state Rep. Esther Harrison of Columbus is being remembered as someone who worked for her constituents without seeking the spotlight for herself.

Family friend Constance Slaughter-Harvey says Harrison was on kidney dialysis for 12 years and had been in and out of the hospital recently.

Harrison had been in the Legislature since 2000, representing Lowndes County.

Gov. Phil Bryant says Harrison “worked quietly and effectively for the people of her district.”

SOUTHAVEN, Miss. (AP) – International retailer H & M has plans to open a store in the Tanger Outlets in Southaven next spring.

Hennes & Mauritz AB tells The Commercial Appeal its store will have 26,000 square feet.

H & M will be among more than 75 brands and designers featured at the Southaven outlet mall, including Ann Taylor, Guess, Gap and J. Crew.

Workers broke ground in March on the mall near Interstate 55. The mall is expected to create about 900 permanent retail jobs.

The Southaven location will be H & M’s second in the Memphis area. The retailer, which is known for its trendy clothes at low prices, is slated to open a store this summer at the Shops at Carriage Crossing in Collierville.

A lending program for small businesses in Appalachia is making millions in loans available throughout the region.

The Appalachian Regional Commission announced Wednesday that the Appalachian Community Capital lending program has put together its first $15 million from Wall Street banks and charitable foundations.

Commission co-chairman Earl Gohl said the program aims to bolster community lenders by helping them tap into capital from Wall Street banks. The program hopes to more than double how much it can lend to small businesses in the next two years.

It can be difficult for small businesses in the Appalachian region to get loans, particularly in small towns.

Driver, 3 others hurt when SUV crashes into restaurant

PELAHATCHIE, Miss. (AP) – Three people and the driver of an SUV have been hurt after the vehicle crashed into a restaurant in Pelahatchie.

The wreck happened about noon at Duke’s Steakhouse on U.S. 80.

Witnesses tell WAPT-TV that three people inside the restaurant Wednesday were injured, and crews had to work to free the driver from her vehicle. An ambulance took the driver and another person to a hospital. The other two people were driven by a friend or relative to the hospital for treatment.

None of the injuries appeared to be life-threatening.

Police say it appears the driver suffered a medical incident, which caused her to lose control of the vehicle and crash into the building.

Police say about 40 to 50 people were inside the restaurant when the incident happened.

GRADUATION CHARGES School official presses charges for cheering at graduation SENATOBIA, Miss. (AP) – Can cheering be criminal? One Mississippi school superintendent says yes, and he swore out charges against three people for doing it. […]

ATTALA JAIL DEATH Man arrested on federal parole warrant found hanging in cell KOSCIUSKO, Miss. (AP) – A man convicted of threatening President Barack Obama and a hospital that refused to do surgery on his […]