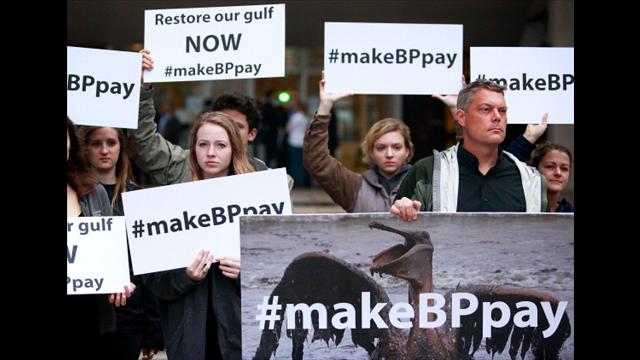 NEW ORLEANS (AP) – Closing arguments have been scheduled in the case of David Rainey, the former BP executive charged with lying to federal investigators about the 2010 BP oil spill.

Attorneys will make their final statements to jurors Friday morning and the jury is expected to begin deliberations by noon.

The trial centers on calculations Rainey made about the rate at which oil was flowing from BP’s Macondo well following the explosion of the Deepwater Horizon offshore rig.

Prosecutors say Rainey manipulated early estimates to match low government estimates. He’s charged with lying about it to federal agents a year later. Rainey denies it. His attorneys say he had no reason to lie.

The explosion killed 11 rig workers and spewed millions of gallons of oil into the Gulf of Mexico.

GREENWOOD, Miss. (AP) – The Greenwood City Council has repealed a 1963 ordinance that critics says was intended to stifle criticism of police officers.

The Greenwood Commonwealth reports the ordinance came to light with the April 7 arrest of Jelani Barr by Lt. Randy Powell. Powell was fired in May after a video recorded by Barr refuted claims made by Powell that Barr had interfered with officers during a routine traffic stop.

The ordinance made it a crime to “curse, insult, deride or ridicule” a police officer. Critics say it was designed to stifle civil right protests that were taking place in the city.

Councilman Carl Palmer says it is an antiquated ordinance that is no longer needed. Palmer says similar issues may be found as the city continues to revise its ordinances.

Ingalls officials say in a news release that the Coast Guard will take possession of the Cutter James on Friday during a ceremony at the Pascagoula shipyard.

The ship bears the name of Capt. Joshua James and was christened by his great-great-niece, Charlene James Benoit in 2014.

Legend-class NSCs are the flagships of the Coast Guard’s cutter fleet. They will replace the 378-foot Hamilton-class High-Endurance Cutters that entered service during the 1960s.

The secretary of state’s office says in a news release that a judge recently dismissed a request by an Alabama bank to stop the sale.

Forrest Memorial Park Cemetery consists of about 12.5 acres and the sale includes real property only and does not include contractual obligations of the former owners.

The secretary of state’s office said Wednesday that sealed bids should be submitted to the chancery clerk’s office no later than 5 p.m. July 6.

The bids will be opened no later than 3 p.m. July 7 and the property sold to the highest bidder.

All closing costs, surveying or legal fees are the responsibility of the individuals who purchase the property.

Jones to research obesity at Univ. of Miss. Medical Center

The University of Mississippi Medical Center announced Thursday that Jones will be leading clinical research at the Mississippi Center for Obesity Research. The center’s mission is to treat obesity, or better yet prevent it.

Jones was a faculty member and then head of the medical center before leading all of Ole Miss. The 66-year-old says he considered other opportunities, but was attracted to the job because he thought it was a chance to participate in an important effort. Jones made his name leading a heart study of African Americans.

Polite says federal jurors convicted the 36-year-old Kenner man Thursday of soliciting a crime of violence, use of interstate commerce to commit murder-for-hire, causing death by shooting and conspiracy to possess firearms.

Bates – originally from Vicksburg, Mississippi – is called “Nemo.” He was accused of paying Walter “Urkel” Porter and Aaron “Beadie” Smith $20,000 to kill Christopher Smith in November 2010. Christopher Smith was shot at least 20 times.

District Judge Sarah Vance scheduled Bates’ sentencing Sept. 9. He could get up to life in prison.

HATTIESBURG, Miss. (AP) – Hattiesburg Mayor Johnny DuPree faces fines of $150 a day, starting July 10, if he fails to appoint a police chief and get the chief confirmed by then.

Robert Gholson, attorney for two city council members, said in court Thursday that DuPree knew in early 2014 that Police Chief Frazier Bolton would not be approved, and the mayor delayed doing anything until councilmen sued him.

DuPree testified that he has acted in a reasonable manner and said there will always be differences between a mayor and city council members.

METAIRIE, La. (AP) – Even with an opportunity at tight end, veteran Ben Watson has not changed his approach to summer practices with the New Orleans Saints.

The Saints traded three-time Pro Bowler Jimmy Graham to Seattle in March, did not draft a tight end and have not signed a free agent to replace Graham through early June.

That leaves Watson, who caught 20 passes in 2014 while backing up Graham, as a potential starter in his 12th season.

“I look at it as the same opportunity I always have,” he says. “You come in, you do your job and whatever happens to you, that’s what you do.”

The 34-year-old Watson is the second-oldest Saint behind quarterback Drew Brees.

CLINTON, Miss. (AP) – Mississippi’s state Board of Education is voting to follow political leaders’ opposition to federal guidance on use of bathrooms and locker rooms by transgender students. The board made the 9-0 vote […]