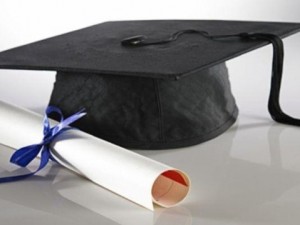 One Mississippi school superintendent says yes, and he swore out charges against three people for doing it.

The three face misdemeanor public disturbance charges after they disobeyed instructions and cheered for individual graduates at Senatobia High School’s graduation on May 21. Officials had instructed attendees to hold applause until all had graduated.

The three were escorted out of the arena at Northwest Mississippi Community College, where the event was held. College Police Chief Zabe Davis says Senatobia school Superintendent Jay Foster returned later and swore out misdemeanor charges against the three. The charges carry a fine of up to $500 and a sentence of up to six months in jail.

Foster tells The Clarion Ledger he wanted people to realize that being disrespectful has consequences.

JACKSON, Miss. (AP) – Sheriffs, county officials and others say they will keep up the pressure on Corrections Commissioner Marshall Fisher to reverse his decision to close a program that sends some inmates to county jails. Local governments say they depend on free labor from inmates and could have to raise taxes to replace it.

Fisher plans to close the programs Aug. 1, saying the move would save the state money and ease his concerns about how some sheriffs run their jails.

Meeting with sheriffs Tuesday, Fisher offered to let inmates remain in the county facilities, on condition that the state no longer pays $20 a day per inmate to counties. Sheriffs say they can’t afford to shoulder those costs, in part because some counties borrowed money to build jails for the state inmates.

Kemper opponent: Not so fast on Mississippi Power rate hikes

In a Tuesday filing, Tommy Blanton asks the Mississippi Public Service Commission to not enact any of three recent rate plans proposed by Mississippi Power Co.

A Democrat, Blanton, is seeking the southern district PSC seat.

Blanton says before regulators can raise rates, they first must follow the state Supreme Court’s February order to refund $337 million already collected for the $6.2 billion power plant. He also says the PSC must also roll back 18 percent increases it imposed in 2013.

The unit of Atlanta-based Southern Co. wants hundreds of millions in rate increases.

The company, regulators and some business groups want the court to reverse its ruling.

Man gets 22 years in fatal shooting

BROOKHAVEN, Miss. (AP) – The second suspect in in a fatal 2013 shooting in Brookhaven has been sentenced to serve 22 years in prison for manslaughter and aggravated assault.

The Daily Leader reports that David Earl Jones was sentenced Monday in Lincoln County Circuit Court. Jones had pleaded guilty to the charges in May.

Prosecutors say Jones and Kevin Barome Collins were involved in shootout on a Brookhaven street with Darion K. Reese. Reese died from a gunshot wound to the chest. A fourth person was injured.

Collins was sentenced in May to 20 years for manslaughter. He received 10 years for aggravated assault, with eight years suspended and two to serve.

The Hattiesburg American reports Ellzey will continue as principal at Purvis High until June 30. Former Lumberton Public School District Superintendent Robert Walker will serve as interim superintendent until then.

The district’s superintendent job became vacant in March, when Jerry Jefferson “J.J.” Morgan resigned amid criticism of the firing of the girls’ basketball and slow-pitch softball coach.

Before coming to Purvis, the 45-year-old Ellzey spent five years as assistant principal at South Jones middle and high schools. He’s been at Purvis High for four years.

Detective Jerry Ford tells The Natchez Democrat that at least 15 teenagers and young adults between the ages of 17 and 24 came to the police station after the surveillance video was published in the newspaper this week.

Ford said the security cameras show groups of young adults entering the Eola, apparently from its rooftop, about a half a dozen times during the month of May. He said each has been identified and are from Mississippi and Louisiana.

Officials with Magnolia Bluffs Casino, which owns the hotel, say no decision has been made about pressing charges. They say the decision will be made after Natchez police finish their investigation.

RENASANT ACQUISITION Mississippi-based regional bank OK’d to buy Georgia bank TUPELO, Miss. (AP) – Shareholders of Renasant Bank of Tupelo have approved the purchase of HeritageBank of the South, based in Albany, Georgia, in an […]