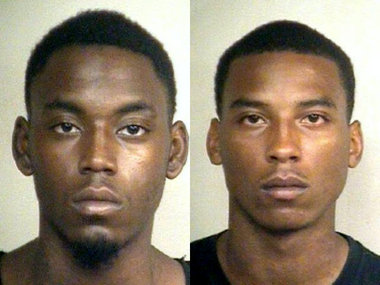 JACKSON, Mississippi (AP) — Jackson police have arrested two men in the beating death and robbery of a Jackson man outside a local restaurant.

Eric Hambrick died Saturday at the University of Mississippi Medical Center from injuries suffered in the incident. Police say Hambrick was assaulted Thursday night at a Waffle House. He was found in the parking lot about 9:30 p.m.

Jackson Police Department spokeswoman Colendula Green says in a news release that 19-year-old Arkel Coleman and 18-year-old Shrederrick Anderson are charged with one count each of murder and strong armed robbery. A judge denied bond Tuesday on the charges.

Hambrick worked with the Mississippi Emergency Management Agency for about three years and was a 20-year employee of the state.

Police say surveillance video was recovered from the restaurant.