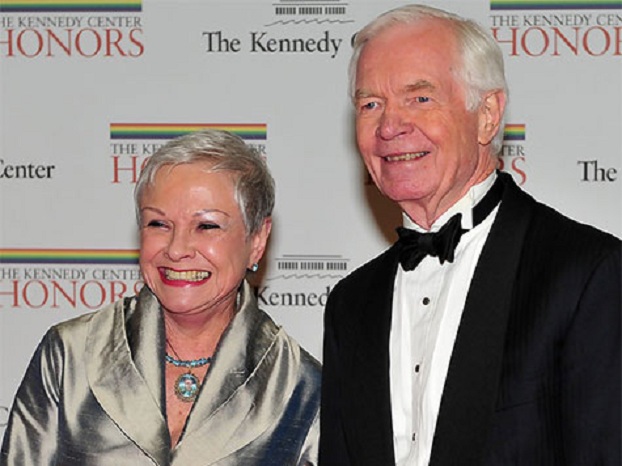 The 77-year-old senator’s former wife, Rose Cochran, died in December at age 73 from dementia after living in a nursing home for 13 years.

Clayton Kelly of Pearl still faces charges over the photograph. Charges against three other men have been resolved.

Daughters Karen Williams and Patty King allege in documents provided by their lawyer to The Associated Press that King’s business manager, LaVerne Toney, and his personal assistant, Myron Johnson, killed their father.

The coroner says King’s body has been returned to a mortuary, and the investigation shouldn’t delay planned memorials this week in Memphis, Tennessee, and Indianola, Mississippi.

Parents die in house fire after daughter can’t save them

MERIDIAN, Miss. (AP) – A man and a woman have died in a house fire in western Lauderdale County.

Lauderdale County Coroner Clayton Cobler tells WTOK-TV that the pair, who haven’t been identified, appear to have died from smoke inhalation.

The deceased were mother and father to a daughter and mentally disabled son who were also home at the time of the fire. Cobler says the daughter got the son out and returned to retrieve her parents, who were both in poor health. The daughter was burned on her back and couldn’t reach her parents. She was taken to a local hospital.

The fire lasted for more than an hour. The state fire marshal’s office and the Lauderdale Co. Sheriff’s Department are investigating.

Omar Gonzalez of Petal and a 17-year-old friend were swept off the west end of the barrier island in the Mississippi Sound after arriving on a passenger ferry.

The 17-year-old, whose remained unidentified, was found clinging to a buoy in the Gulfport ship channel late Sunday.

The U.S. Coast Guard, Mississippi Department of Marine Resources and others are looking for the boy.

The Sun Herald reports the family of Gonzalez, including mother Tamara Abney, await news at the U.S. Coast Guard station in Gulfport.

Mississippi casino revenues rise on river and coast in April

JACKSON, Miss. (AP) – Gamblers lost more money at Mississippi casinos in April, as continued gains at Gulf Coast gambling halls were joined by a rare up month at casinos along the Mississippi River.

State Department of Revenue figures show casinos statewide won $177.1 million from gamblers in April, up 8.1 percent from $163.8 million in April 2014.

It’s the ninth month in 11 that revenue rose along the coast, but only the third time in 34 months along the river. Overall casino revenue has risen 1 percent for the first four months of 2014.

The numbers exclude Choctaw Indian casinos, which don’t report winnings to the state.

AMORY, Miss. (AP) – Trees and buildings are damaged in Monroe County after a possible tornado hit Amory and Smithville.

Goza says tree damage is widespread in central Amory, with power out. Harbormaster Scott Cox says trees and boat sheds were damaged at the Smithville Marina.

Marlene Mickelson, a meteorologist with the National Weather Service in Memphis, Tennessee, says forecasters observed a severe thunderstorm with rotation. She says a Weather Service team will survey damage and determine if it was caused by a tornado.

The storm appears to have been less severe than the 2011 tornado that destroyed most buildings in Smithville, killing 17 people in Monroe County.