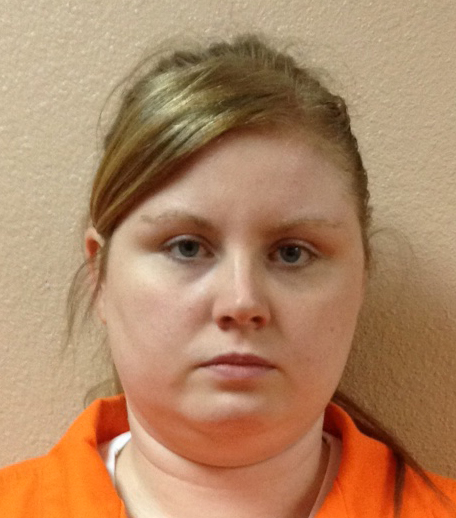 JACKSON –    A correctional officer at South Mississippi Correctional Institution attempting to smuggle cell phones, spice and other contraband into the prison is facing a criminal charge and the loss of her job.

Megan Deese, 27, had 22 cell phones, five Bluetooth devices, 10 cell phone batteries, about 1.5lbs of spice and 15 cigars when her bag was scanned Mondaymorning as she reported to work.

Deese, a Leakesville resident, has worked for the Mississippi Department of Corrections since February 2014.

An investigation is ongoing to determine what Deese planned to do with the contraband.

“I have heard people complaining that we are taking inmates’ privileges when officers are the ones bringing in contraband,” Commissioner Marshall Fisher said. “I take those allegations seriously, and have a zero tolerance for such criminal offenses.”

Deese is the sixth person to be arrested at SMCI and the eighth overall on contraband-related charges since April 21 when Fisher initiated lockdowns as another measure to reduce contraband.

The lockdowns at SMCI and Unit 30 at the Mississippi State Penitentiary at Parchman will continue until further notice. Also, Quick Bed B Building D Zone at Central Mississippi Correctional Facility was added to the lockdown list Tuesday following the discovery of cell phones, spice and other items.

Inmates lose visitation and commissary privileges when found with contraband and when they are involved in assaults on staff.

Deese has posted a $5,000 bond from the Greene County Jail. She is charged under the state law that prohibits a correctional facility employee from furnishing an offender with a cell phone or contraband item. A conviction is punishable by three to 15 years in prison, a maximum $25,000 fine, or both.

Enough vegetables, including broccoli, mustard and turnip greens, are being harvested now at the Mississippi State Penitentiary at Parchman to feed the 12,000-plus offenders in the three main prisons and community work centers of the Mississippi Department of Corrections (MDOC).

Farming is one way the state cuts down on food cost to taxpayers, plus give hundreds of inmates something to do while serving time.