“Life is too short. So if i DIE today I’m happy how my life turned out. And I’m happy that i had a chance to meet the people that i met and I enjoyed every moment that i have spent with each and every one of them. Thats my word.” [Liquori Tate via Facebook] 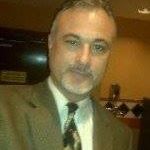 Richard Scott Farris:   The magnificent Memorial Service for HPD Officers Ben Deen and Liquori Tate was stupendous!…Great as it all was, the particular highlight for me personally was the privilege, honour, joy, and blessing to meet and visit with dear Liquori’s obviously beautiful, elegant, & precious mother–Mrs Youlander Ross. What a true & gracious CHRISTIAN LADY SAINT!!!…There must have been in excess of 2,000 Citizens there (maybe half of which had to gladly stand for some 2 hours to pay their Respects). It was an unforgettable Tribute of Quality & Quantity that was most worthy of these Hattiesburg Heroes!

Of course my heart and thoughts and Prayers go out to the Hearts & Souls of these two fine young men and all their grieving Family, Friends and co-workers…This terrible loss and calamity is a shame & disgrace and a tragedy for all Hattiesburgers and Mississippians…Our only Hope & Prayer for HPD Officers Tate and Deen (and even for their killers) and for all of us is the unfathomable Love, the incredible Mercy, and the amazing Grace [in that order] of our Creator Savior God Christ Jesus…

Though it wont bring these loved ones and friends and public servants back to us, my indignant Question is: WHY were those two criminal killer thugs–with a “rap sheet” a mile long–even out on our streets in the first place?? I say some judges, prison officials, and parole board members, et al, have some mighty big Explaining to do! Furthermore, in my opinion, they are all accessories to double murder and ought to go to prison themselves!

One of the Hattiesburg Police Officers that was murdered I knew pretty well: Liquori Tate, age 25. I’ve known him about 4 years, initially via his jobs as an excellent customer service clerk at O’Reily’s Auto Parts and later Autozone on Broadway Drive in Hattiesburg, and also via his part-time job as a local security guard for commercial businesses, before he became a Hub City cop, and we’re also friends on Facebook…He told me about 3 years ago when he was only 21 or 22 that his Life Dream was to be a Hattiesburg Policeman, so I remember telling him all about how Hattiesburg had the first and best Police Academy in our State! HPD was no mere job for him–THIS was his Life Career!

“Quori” (pronounced “Corey”) is one of the nicest fellas in the world! A beautiful human being. He had “a Servant’s Heart” and was the Personification of Meekness–which far too many people mistakenly perceive as weakness, but the real Definition of Meek is “strength with kindness”, and actually the full definition is Christ-like “Strength with Loving-Kindness” (which I’m confident Liquori consistently showed fully to those of his Family & Friends to whom he was closest)…I remember giving him all the Hub Sign commemoratives during its Centennial in 2012 when he still worked at O’Reily’s Auto Parts. I recall he got noticeably more interested when I told him that the official HPD uniform patches were based on that iconic 1912 four-story electric sign in Downtown Hattiesburg (a wagon wheel design with the words “Hattiesburg–The Hub City of South Mississippi”).

Liquori had Good Character and natural Dignity and Class and so was such an humble, good, nice, helpful, smiling, soft-spoken kid, I recall being surprised when he first told me that he wanted to be a cop–knowing his pleasant and respectful disposition, but I know he was one of “the good cops”! RIP HPD Officer Liquori Tate. You are one of the dear Saints that I definitely look forward to seeing in Heaven! God Bless & Keep you and all your kith & kin, now and forever, in Jesus’ Name. Amen…

I have now been Blessed to have personally known 3 of the 6 Hattiesburg Police Officers that have been killed in The Line of Duty since 1952 (excluding Officers Vincent & Everett [killed 5 years prior to my birth] but including Sgt David Anthony [my barber and father of one of my HHS classmates] and Sgt Jackie Dole Sherill [I worked for her dad’s Dodge dealership in high school])–but this one hits me personally the hardest because I knew Liquori the best and he was such a personable, friendly, conscientious, and determined* young gentleman! *He achieved his Dream Career far younger than most people do!

Two of Hattiesburg’s Finest Thin Blue Line are gone from us here on Earth–but never forgotten!

Please everyone keep Praying for the Comfort & Strength of his beloved Family, Friends, and co-workers during this unprecedented time. Thank you.

Mom of Slain Hattiesburg Cop Liquori Tate Has Surprising Answer When Asked What She’d Say to Her Son’s Killers: “If I could face the people who did this to my son–I’d tell them that I’ve already FORGIVEN them…”

9th arrest made in deaths of 2 Mississippi police officers

May 28, 2015 Online Editor News, The Buzz Comments Off on 9th arrest made in deaths of 2 Mississippi police officers

HATTIESBURG, Miss. (AP) – Authorities say a ninth person has been arrested in connection with the shooting deaths of two Mississippi police officers who were killed during a traffic stop. Spokesman Warren Strain with the […]

The Mississippi Link Newswire Hattiesburg, MS – Marvin Banks, 29 of Hattiesburg was rushed to Forrest General Hospital around 8 p.m. after he was found unresponsive in his cell at the Forrest County Jail. He was pronounced […]