Vegas judge: No evidence bluesman B.B. King is being abused

(AP) A dispute over B.B. King’s health and wealth was tossed out of court Thursday by a judge in Las Vegas who said two investigations found no evidence the blues legend was being abused.

Three of King’s 11 surviving children – Karen Williams, Rita Washington and Patty King – said outside court they suspect Toney is stealing money and neglecting King’s medical needs while blocking them from seeing their father in home hospice care. They vowed to keep fighting.

“We lost the battle, but we haven’t lost the war,” Williams vowed.

Toney and her attorney, Brent Bryson, denied the allegations, said visits can be scheduled as they’ve always been, and called the sisters’ efforts a money grab.

“It’s all about money,” Bryson said. “Mr. King is no longer out able to tour at this particular time so there’s no money coming in. The only way they can get money now is by filing a frivolous type of action.”

WALNUT GROVE, Miss. (AP) – A 44-year-old inmate has been found dead inside his cell at the Walnut Grove Correctional Facility.

Leake County Coroner Earl Adams tells WAPT-TV the man had a history of hypertension and high cholesterol. Further details regarding his death were not released.

Neither the inmate’s name nor details on why he was being held were released Thursday. 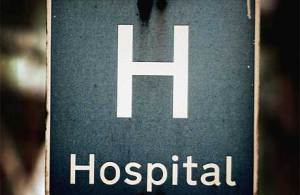 LITTLE ROCK, Ark. (AP) – The U.S. Department of Justice says 16 hospitals in seven states and their corporate parents have agreed to pay nearly $15.7 million to settle allegations they violated the False Claims Act by receiving Medicare reimbursements for psychiatric services that were not “medically reasonable or necessary.”

Health Management Associates Inc. and 14 of its hospitals in Arkansas, Oklahoma, Mississippi, Texas, North Carolina, Georgia and Florida will pay a total of $15 million. Community Health Systems and its subsidiary Wesley Medical Center in Mississippi will pay $210,000; and North Texas Medical Center in Texas will pay $480,000.

The settlements resolve allegations that Intensive Outpatient Psychotherapy services were billed to Medicare for patient services that were not reasonable or necessary.

The claims are allegations only, and there has been no determination of liability.

JACKSON, Miss. (AP) – The Mississippi Supreme Court has agreed to expedite a lawsuit challenging a judge’s decision to reword a legislative alternative to an education funding ballot initiative.

The court Thursday ordered parties to file briefs by June 1.

The citizen-led Initiative 42 would require lawmakers to fund “an adequate and efficient system of free public schools.” People could sue if funding falls short.

The Legislature put an alternative, Initiative 42-A, on the ballot. It originally said lawmakers must fund “an effective system of free public schools.”

Circuit Judge Winston Kidd on April 2 rewrote the title of 42-A to say the Legislature should fund “effective public schools” but specify there’s no court appeal.

Last of 3 escaped inmates back in custody

JACKSON, Miss. (AP) – The last of three young inmates who escaped from the downtown Jackson jail over the weekend has been captured.

Hinds County Sheriff Tyrone Lewis tells WAPT-TV that deputies found the 17-year-old escapee on Thursday, hiding in a closet inside a home in south Jackson. Lewis says the teenager was arrested without incident.

The sheriff said the teen injured his ankle when he, a 16-year-old and 18-year-old Jerome Moore jumped out a second-floor window at the jail. Moore and the 16-year-old were captured Sunday, shortly after the trio escaped.

Authorities said they used electrical wires to burn the plexiglass window and escape. Workers began Thursday installing metal plates over the windows at the downtown jail.

Portland, Oregon-based SeaPort in late October was awarded a federally subsidized Essential Air Service contract to restore passenger flights to and from Greenville, and the regional airline was cleared to begin service Jan. 12.

The first flight took off March 16. Since then the airline has struggled with cancellations and a shortage of pilots.

The Delta Democrat Times reports the airline filed the 90-day notice to terminal service Tuesday with the U.S. Department of Transportation. It said it intends to end service by Aug. 5.

The Department of Transportation in October awarded the two-year Greenville-to-Memphis Essential Air Service contract to SeaPort, which beat out two other airlines bidding for the route.

JACKSON, Miss. (AP) – An Elvis impersonator and singer in Mississippi is suing the federal government for wrongful arrest after he was charged and later cleared of sending poisoned letters to President Barack Obama.

Paul Kevin Curtis filed a lawsuit April 30 in federal court, claiming that prosecutors continued to hold him in jail even after they knew there was no evidence that he had mailed letters dusted with a crude form of ricin to Obama, Republican U.S. Sen. Roger Wicker, and a Lee County judge.

Federal agents eventually arrested another man, James Everett Dutschke of Tupelo, Mississippi. He pleaded guilty, was sentenced to 25 years in prison, and is doing time at the Supermax federal prison in Florence, Colorado. Dutschke has filed multiple motions to set aside his conviction.

Blues legend B.B. King in hospice at his home in Las Vegas

May 4, 2015 Online Editor Entertainment Comments Off on Blues legend B.B. King in hospice at his home in Las Vegas

JACKSON, Miss. (AP) – For La’Porsha Renae, being “American Idol” runner-up means there aren’t any more quick trips to the store. She tells The Clarion-Ledger (http://on.thec-l.com/22bFcEt) that she and her sister figured it would take […]