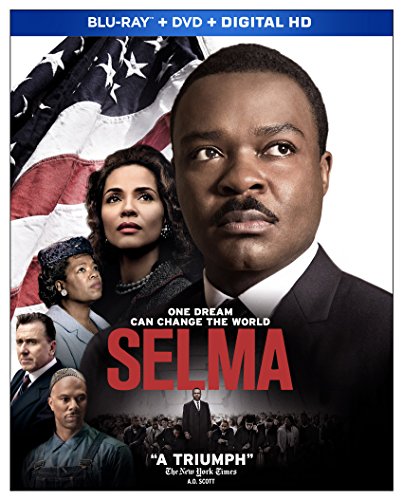 I was born in the early Fifties, which means the Civil Rights Movement unfolded over the course of my formative years. And like the average black kid growing up in that tumultuous era, I can distinctly recall having a very visceral reaction to the nightly news coverage, since I had such a personal stake in the outcome of the events.

One of the most consequential flashpoints in memory was when a trio of voting rights marches were staged in Selma, Alabama in 1965. Launched by locals with the help of the Student Nonviolent Coordinating Committee, the first demonstration came to be known as Bloody Sunday because of the way the police viciously attacked the 500+ participants with teargas and billy clubs, all at the direction of a racist Sheriff named Jim Clark (Stan Houston).

Fallout from the shocking media coverage garnered the attention of Dr. Martin Luther King, Jr. (David Oyelowo) who agreed to get involved. And after an aborted second attempt to cross the Edmund Pettus Bridge, the controversy blossomed into a nationwide cause célèbre with 25,000 people willing to risk their life and limb descending upon tiny Selma, including cultural icons like Harry Belafonte, Nina Simone, Joan Baez, Sammy Davis, Jr. and Peter, Paul and Mary.

Three times proved a charm as the third march went off without a hitch, although participant Viola Liuzzo (Tara Ochs), a mother of five from Detroit, was murdered by a quartet of cowardly Ku Klux Klansmen just a few hours later. A couple of other martyrs also made the ultimate sacrifice in Selma, Jimmie Lee Jackson (Keith Stanfield) and Reverend James Reeb (Jeremy Strong). Fortunately, none of them died in vain because, in August, President Johnson (Tom Wilkinson) signed historic voting rights legislation into law.

All of the above has been evocatively reenacted in Selma, a gut-wrenching civil rights saga directed by Ava DuVernay (Middle of Nowhere). Although the movie was this critic’s pick as the Best Picture of 2014, it was pretty much snubbed by the Academy Awards, only winning the Oscar for Best Song, “Glory.”

Nevertheless, don’t miss this overdue tribute to a revered icon and some unsung heroes who played a critical role at a seminal moment in the courageous African-American struggle for freedom and equality.

To see a trailer for Selma, visit: https://www.youtube.com/watch?v=kPgs2zshD9Y

To order a copy of Selma on Blu-ray/DVD Combo Pack, visit:

Film Review by Kam Williams   Parr Family Back to Battle Diabolical Villain Hypnotizing Humanity It’s hard to fathom why it has taken Disney and Pixar 14 years to release a follow-up to The Incredibles. […]

Stephen “tWitch” Boss:  The “Magic Mike XXL” Interview with Kam Williams Born in Montgomery, Alabama on September 29, 1982, Stephen Boss was always spinning and staying in motion as a child, which is how he […]