JACKSON, Miss. (AP) – The Mississippi House is back up to its full membership of 122 people.

Republican Rep. Jay Mathis of Carthage was sworn in Wednesday during a small ceremony at the Capitol.

Mathis is a 44-year-old businessman and was the only person who signed up to run after the resignation of longtime Democratic Rep. Bennett Malone of Carthage.

Mathis will serve the final eight months of a four-year term, and he is not seeking a full term in November.

He will get to vote at the Capitol only if Gov. Phil Bryant calls a special session before January. 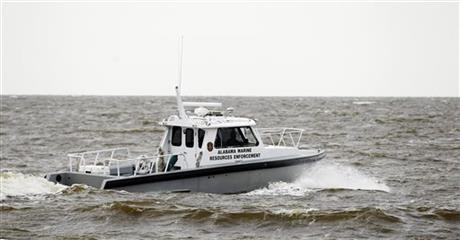 DAUPHIN ISLAND, Ala. (AP) – Authorities have identified the third person killed when a powerful storm struck a sailboat race on the Alabama coast in Mobile Bay.

The U.S. Coast Guard said Wednesday that the body of 67-year-old William Glenn Massey of Daphne was found near a gas platform in the bay. An angler spotted the body Tuesday and notified officials.

Massey is the third person confirmed dead since the boating disaster Saturday. The search continues in the Gulf of Mexico and inland waters for three others who remain missing. The other victims include 27-year-old Kris Beall of Pineville, Louisiana, and 72-year-old Robert Delaney of Madison, Mississippi.

BILOXI, Miss. (AP) – The special election for Biloxi’s next mayor moves to a runoff after Andrew Gilich and Winfield Swetman III finished first and second — but without 50 percent of the vote. The runoff will take place on May 12.

The Sun Herald reports Councilman Felix Gines took an early lead in the count Tuesday night and finished third, ahead of the other three council members in the 10-candidate race.

Natchez Mayor Butch Brown tells The Natchez Democrat a lack of communication exists between the city and county regarding Metro Narcotics.

Brown says Natchez may be best served by opting out of an inter-local agreement that allowed the city and county to work together to battle illegal drugs. Metro Narcotics was created in 1987.

Instead, Brown suggested the city might partner with the Mississippi Bureau of Narcotics.

Because the city and county are often investigating different cases, Brown said a lack of transparency has developed between the departments, leading him to consider a new arrangement.

Through partnering with the MBN, Brown said he thinks the city would have a more thorough and effective narcotics unit.

Former Biloxi casino to be redeveloped as resort, water park

BILOXI, Miss. (AP) – A former Biloxi casino damaged in Hurricane Katrina will be redeveloped as a resort and water park.

The Sun Herald reports the developers have begun to reinvent the Casino Magic tower in east Biloxi. The casino has been closed since Hurricane Katrina severely damaged the site in 2005.

Developers told the Biloxi City Council Tuesday the resort will have restaurants, 373 hotel rooms and a water park and a part of the development should open within the next year. A spokesman says the ownership group is still developing a name for the resort and finalizing plans for the site.

Crews started work Tuesday on the former casino’s steel frame, which will be incorporated into the resort.

Casino Magic was a permanently moored casino barge on the Biloxi coast.

JACKSON, Miss. (AP) – Five months into a stalemate over who will be the next executive director of the Mississippi Community College Board, the leading candidate has withdrawn.

Board Chairman Bruce Martin of Meridian says Debra West, the board’s deputy director of programs and accountability, withdrew her candidacy in an email Monday.

Five members of the 10-member board voted in December to hire West, but the other five have sought to reopen the search.

Gov. Phil Bryant was accused of improperly influencing the search, urging the board to drop requirements for an academic doctorate or experience in educational administration. The governor denies improper involvement. Martin now says he doesn’t favor changing the requirements.

Current leader Eric Clark is retiring in June. Martin says he expects the board to name an interim director.

Police Sgt. Daniel Seuzeneau (SOO-zuh-noh) said Wednesday that investigators are looking into whether the cards also were used in Mississippi and Alabama.

He says a Wal-Mart worker alerted an off-duty police officer working as a guard on April 22 because the men were using several credit cards, and some were being rejected.

The St. Tammany Parish sheriff’s office says all three suspects are free on $25,000 bond each.

Seuzeneau says he does not know whether they have an attorney who could comment.

MENDENHALL, Miss. (AP) – Officials say a man who fatally shot his estranged wife and then turned the gun on himself Saturday is not dead as first reported. Sheriff Donald O’Cain tells The Clarion-Ledger Danny […]