NEW ORLEANS (AP) – A federal judge has ruled oil spill cleanup workers who sue BP for medical problems that surface later in life have the right to make their case before a jury.

The BP oil spill medical settlement reached in 2012 was set up to pay cleanup workers and others who experienced certain illnesses during the immediate aftermath of the April 2010 disaster.

NOLA.com/The Times Picayune reports it was designed to keep medical claims out of the courtroom.

On Monday, U.S. District Judge Carl Barbier (BAHR’-bee-aye) said the settlement terms don’t specify whether these so-called “back-end litigation option” cases must be tried before a judge or a jury.

If someone wants a jury trial, he says they can ask for one.

In a statement given to reporters Tuesday, the Coast Guard identified the men as 27-year-old Kris Beall and 72-year-old Robert Delaney.

Beall was from Pineville, Louisiana, and Delaney was from Madison, Mississippi.

A heavy storm tore through the bay Saturday, turning an annual sailboat race into a disaster.

Authorities also looking for an additional four missing boaters, but their efforts have been hampered by bad weather.

Joey Langston asks for bribery conviction to be tossed

OXFORD, Miss. (AP) – A former Booneville attorney is asking a federal judge to vacate his conviction for conspiracy to bribe a state judge.

Joey Langston pleaded guilty to the charge in 2008, served prison time and completed court ordered probation in the case.

WTVA TV reports Langston is seeking to throw out the conviction because of recent rulings about federal jurisdiction in alleged crimes involving state judges.

At issue is wording about the state judge receiving funding from the federal government and whether the allegation is actually federal program fraud.

A recent ruling by the 5th Circuit Court of Appeals say the attempted bribery of a state judge performing judicial business of Mississippi courts does not fall under the federal program fraud legislation. 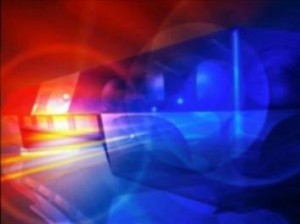 JONESVILLE, La. (AP) – The town of Jonesville has taken a tentative step toward dissolving its police department with the goal of having the Catahoula Parish Sheriff’s Office take over law enforcement in the city limits by mid-summer.

Jonesville Mayor Hiram Evans tells The Natchez Democrat the decision to seek dissolution of the police department – which was adopted by the town’s board of trustees last week – has been prompted by financial concerns.

Town trustee Benny Vault Sr. said the idea of dissolving the police department has been discussed in years past.

Evans say the target date for the change is June 30, the end of the fiscal year.

Adams County to get brush trucks for volunteer firefighters

NATCHEZ, Miss. (AP) – Adams County is looking to put all of its volunteer fire stations on equal footing when it comes to fighting brush fires.

The Natchez Democrat reports County Fire Coordinator Darryl Smith has received permission from the board of supervisors to seek two new brush trucks for the volunteer firefighter programs. The county currently has two such trucks, one assigned to the Liberty Road Fire Station and the other assigned to the Kingston Fire Station.

Jackson looks to use federal money to repave 14 streets

JACKSON, Miss. (AP) – Jackson could use Community Development Block Grant funds to pay for repaving of about 14 city streets.

The Clarion-Ledger reports the city council is expected to vote Tuesday on a contract to Dickerson & Bowen to repave the streets.

City spokeswoman Shelia Byrd said the council will be presented with the streets at the special meeting.

It has been in the works for month for the city to repave the streets using federal funds, but the awarding of the contract comes after the city council voted last week against Mayor Tony Yarber’s new infrastructure emergency declaration.

Yarber said the council’s rejection of the emergency proposal wouldn’t have any effect on trying to get streets and other infrastructure improvements done.

HATTIESBURG, Miss. (AP) – The Longleaf Trace has received a $10,000 grant that will be used to further enhance an expanded parking area that will add 100 spaces at the Jackson Road Station.

Trace manager Herlon Pierce says by this time next year, the Trace should be in the process of adding at least another few miles to the 40-plus that already run from the Southern Miss campus through Sumrall and Bassfield to its northwest terminus in Prentiss.

The Rails-To-Trails project converted the old rail line into a multi-use recreational ribbon, running through three counties and welcoming joggers, walkers, bicyclists and even horsemen.

Pierce tells The Hattiesburg American the project has flourished, not only enrolled as a national recreational trail, but declared a Hall of Fame Rails-To-Trails Conversion Project.

BILOXI, Miss. (AP) – Construction of a public access pier on Deer Island will begin this summer.

Secretary of State Delbert Hosemann told The Sun Herald Monday the U.S. Corps of Engineers issued final approval for the 170-foot pier that will be built on the north side of the island.

The pier and amenities will cost about $360,000, which will be paid for out of Tidelands Funds.

As part of the project, charter services will shuttle people to and from Deer Island for recreation. Restroom facilities and food vendors also be established by a mobile barge, allowing for the amenities to be moved in the event of a storm.

KILN, Miss. (AP) – Hancock County officials say a body has been found in woods near Kiln _ an area where a search has been ongoing for a man missing for more than a week. […]

CLINTON, Miss. (AP) – Mississippi’s state Board of Education is voting to follow political leaders’ opposition to federal guidance on use of bathrooms and locker rooms by transgender students. The board made the 9-0 vote […]

TRANSPORTATION-MISSISSIPPI 2 in Dem runoff for Miss. Transportation Commission seat JACKSON, Miss. (AP) – Businessman Robert Amos and longtime state Rep. Mary Coleman and are competing Tuesday to become the Democratic nominee for one of […]