BILOXI, Miss. (AP) – Voters head to the polls Tuesday to decide which of the 10 candidates will be Biloxi’s next mayor.

If one candidate doesn’t get more than 50 percent of the vote, the top two vote-getters will be in a runoff May 12.

This is the first municipal election when voters will be required to show valid photo ID at the polls.

Biloxi Municipal Clerk Stacy Thacker tells The Sun Herald no resident will be turned away on Election Day if they don’t have an ID, or if their name can’t be found on the rolls.

Court filings indicate Caesars is likely to void a $3.65 million-a-year land lease with the Yazoo-Mississippi Delta Levee Board. It’s unclear what would then happen to a hotel on the property.

The casino south of Memphis, Tennessee, closed in June, eliminating about 1,000 jobs.

Investigator Grandver Everett said in a release received by The Sun Herald that security officers reported the man entered the Jewelry Box store Sunday and asked to look at Rolex watches. When he was handed one to look at, Everett says the man replaced the Rolex with his own watch and exited.

After a foot chase, Everett says officers arrested 50-year-old Joseph Edward Thompson on a felony shoplifting charge. He is being held in the Harrison County jail on a $25,000 bond.

Online jail records did not list any attorney for Thompson.

The Japanese automaker made the announcement Monday at its Canton plant, along with former Mississippi governors, William Winter and Ronnie Musgrove.

The Museum of Mississippi History and the Mississippi Civil Rights Museum have met their goal of $12 million in private donations for exhibits. They’re also seeking to raise $4 million to endow operations. State government has promised $74 million, mostly borrowed, to pay for construction and exhibits. That’s less than the $87 million sought by the Department of Archives and History.

Councilmen Lonnie Falgout tells The Sun Herald money collected from surcharges on residents’ utility bills since October has not been deposited into the account, and the city has a bond payment due in June,

To help pay off the bond, the council last August enacted a $13 monthly surcharge on every resident’s utility bill, which went into effect in October.

Mayor Les Fillingame said there’s no problem with the accounts, only that it has taken a little longer to calculate.

A similar situation in January inflamed tensions between the council and the administration following a mistaken $19,000 disbursement from the municipal harbor account. 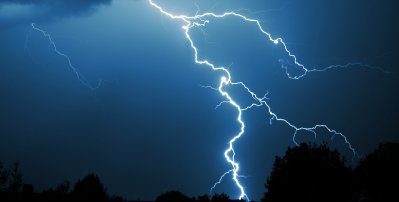 ST. MARTIN, Miss. (AP) – Many homes in the St. Martin area of Jackson County had to be evacuated for a time Monday after lightning caused a gas main to ignite.

Jackson County Emergency Management Director Earl Etheridge tells WLOX-TV that the lightning struck an electrical transformer near Malory Drive and Cambridge Boulevard. That strike followed the lines, blew a hole into the gas main and set it ablaze.

Officials say they evacuated homes within an 800 foot area around the fire.

County fire crews and CenterPoint Energy are on the scene working to make repairs.

Erosion concerns could lead to relocation of popular park

VICKSBURG, Miss. (AP) – Erosion issues are getting worse on the south end of a popular Mississippi park.

WLBT-TV reports the Vicksburg Riverfront Park has a barrier facing the Mississippi River to keep people away from affected areas. As a result, grounds crews have been unable to trim grassy bluffs overlooking the river.

Heavy rainfall has further eroded the bluff, making the area more hazardous with a playground nearby, concerning residents.

The Vicksburg Post reports the Board of Mayor and Aldermen approved $300,000 of repairs for neighborhood parks in March, including the Vicksburg Riverfront, which is jointly owned by the city and the county.

It is unknown what has caused the areas to shift in recent weeks.

JACKSON, Miss. (AP) – The owner of a Mississippi convenience store has been arrested as protesters surrounded it, calling for the business’ closure.

Members of Respect Our Black Dollars held a protest for the closure of the business Sunday afternoon. The group recently petitioned the Jackson City Council to shut down the business citing past raids uncovering opium and stolen goods.

Brown was also charged with possession of Spice.

Brown is being held at the Hinds County Detention Center. It is unclear if he has a lawyer.

use of the fire is under investigation.

PASCAGOULA, Miss. (AP) – A jury could not reach a unanimous verdict in the sex crimes trial of a Pascagoula man. The Sun Herald reports the jury informed the court Tuesday it was hopelessly deadlocked. […]