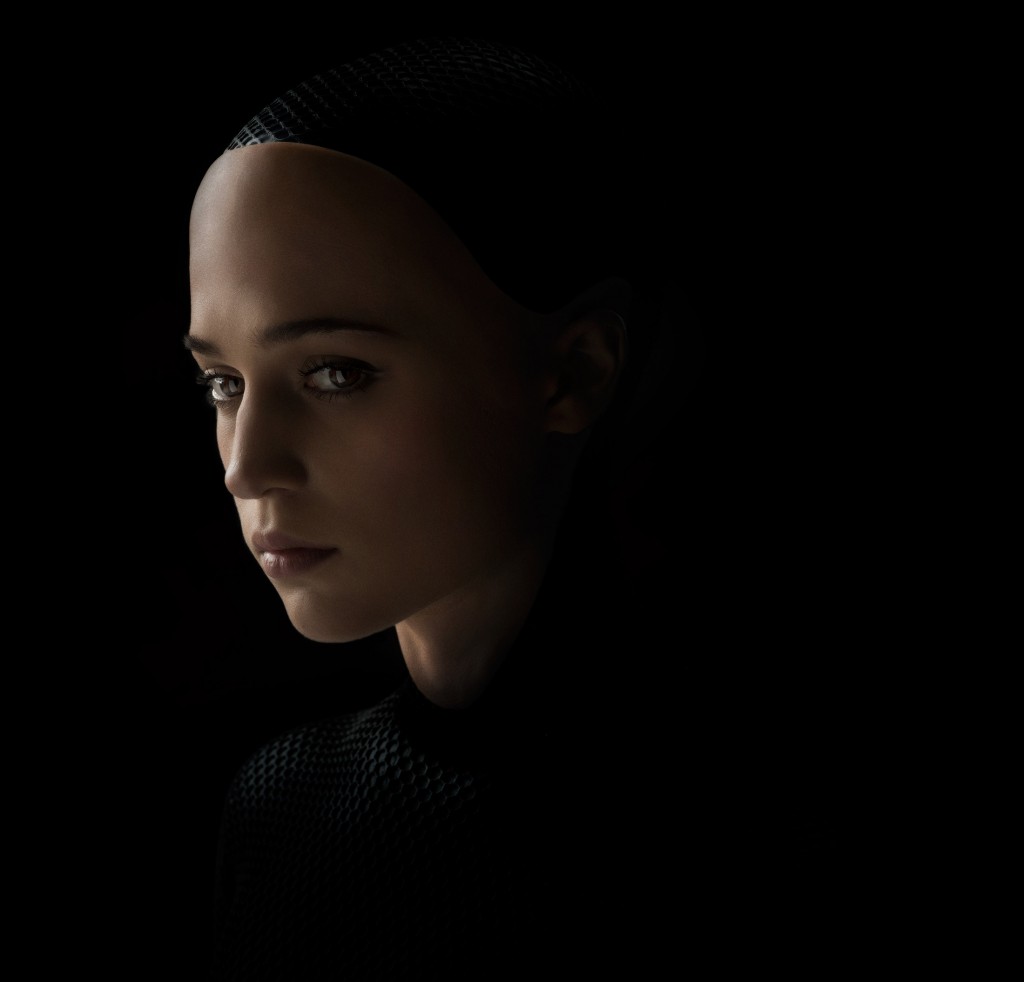 Caleb Smith (Domnhall Gleeson) works as a computer programmer for Blue Book, the most popular internet search engine in the world. As the winner of a staff lottery, he is summoned to the secluded, hilltop retreat of the company’s reclusive CEO, Nathan Bateman (Oscar Isaac).

Only after being brought there by corporate helicopter does the nerdy 26 year-old discover that his billionaire boss has a hidden agenda. As it turns out, the place is less a home than a high-tech facility dedicated to conducting research in artificial intelligence.

But before Caleb is allowed to stay, he’s forced to sign a non-disclosure agreement promising to keep secret what he’s about to witness. Nathan next explains that it’s an invention, an android he wants Turing tested, meaning examined for any software flaws revealing it as non-human.

He then introduces his curious guest to Ava (Alicia Vikander), the fetching fembot he wants studied over the course of a week. Caleb is surprised by her level of sophistication, since her brain is complex enough to discern the connotation of idioms like “breaking the ice.” He’s even more impressed by her non-deterministic nature, as she appears to have been successfully programmed with free will.

The plot thickens several days into the project when Ava senses Caleb has developed feelings for her. At that point, the attractive automaton quietly confides her fears about being expendable in the eyes of Nathan who wouldn’t have a second thought about wiping her memory banks clean once she’s no longer considered state-of-the-art. After all, that’s what he’s done to each of her mothballed predecessors in his relentless quest to build a better cyborg.

Where does Caleb’s loyalty lie? With the callous employer he suddenly sees as a heartless tinkerer? Or with the flesh-covered machine exhibiting a full range of emotions, including a seductive vulnerability? That is the dilemma confronting the anguished protagonist in Ex Machina, an intriguing sci-fi adventure marking the splendid directorial debut of Alex Garland.

Best known as the scriptwriter of 28 Days Later, the gifted Brit more than proves his mettle as a filmmaker, here, with a thought-provoking thriller guaranteed to keep you enthralled while reassessing the meaning of consciousness.

Film Review by Kam Williams   Harrowing Docudrama Recounts 2008 Mumbai Massacre On November 26, 2008, radical Islamists from Pakistan launched a series of coordinated attacks around the city of Mumbai which would claim 174 […]