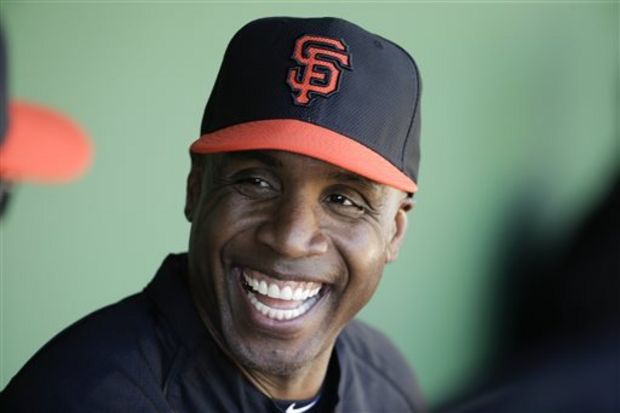 SAN FRANCISCO (AP) — Barry Bonds’ obstruction of justice conviction was reversed Wednesday by the 9th U.S. Circuit Court of Appeals, which ruled his meandering answer before a grand jury in 2003 was not material to the government’s investigation into steroids distribution.

Bonds, baseball’s career home runs leader, was indicted in 2007 for his testimony four years earlier before the grand jury investigating the illegal distribution of performance-enhancing drugs by the Bay Area Laboratory Co-Operative.

Following a trial that opened in March 2011, a jury deadlocked on three counts charging Bonds with making false statements when he denied receiving steroids and human growth hormone from trainer Greg Anderson and denied receiving injections from Anderson or his associates.

Bonds was convicted for his response when he was asked whether Anderson ever gave him “anything that required a syringe to inject yourself with.”

“That’s what keeps our friendship,” Bonds said. “I was a celebrity child, not just in baseball by my own instincts. I became a celebrity child with a famous father. I just don’t get into other people’s business because of my father’s situation, you see.”

A seven-time NL MVP and the son of three-time All-Star Bobby Bonds, Barry Bonds was sentenced in 2011 by U.S. District Judge Susan Illston to 30 days of home confinement, two years of probation, 250 hours of community service in youth-related activities and a $4,000 fine. He already has served the home confinement.

Illston declared a mistrial on the three other counts, and the U.S. attorney’s office in San Francisco dismissed those charges in August 2011.

A three-judge panel of the 9th Circuit upheld the conviction in a unanimous vote in 2013, but a majority of the court’s 28 participating judges voted to have an 11-judge panel rehear the case. Oral arguments took place Sept. 18.

The government could ask the 11-judge panel to reconsider Wednesday’s decision or could request that all 29 judges on the 9th Circuit rehear the case. The full court has never sat on a case since it began using the “limited en banc” panels in 1980.

Prosecutors also could petition the U.S. Supreme Court to review the decision.