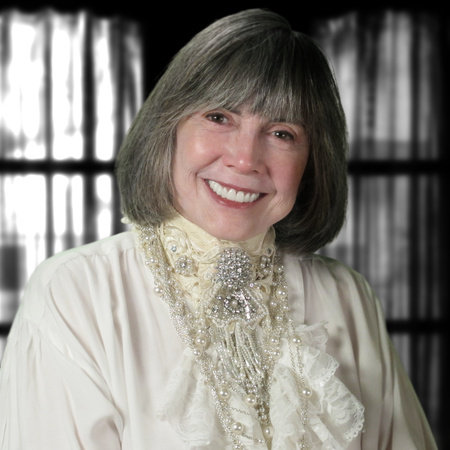 Anne Rice’s debut novel, Interview with a Vampire, was adapted into an Oscar-nominated film starring Tom Cruise and Brad Pitt. She is also the author of many other best-sellers, including the hugely successful Vampire Chronicles, The Mummy or Ramses the Damned, Violin, Angel Time, and the Mayfair Witches series.

Born and raised in New Orleans, Anne now lives in Southern California. Here, she talks about her latest book, Beauty’s Kingdom, an eagerly-anticipated extension of her popular, Sleeping Beauty trilogy.

Kam Williams: Hi, Anne. Thanks for the interview. I’m honored to have this opportunity

KW: I’ll be mixing my questions in with some sent in by fans. I really enjoyed Beauty’s Kingdom. What inspired you to extend the Sleeping Beauty trilogy after such a long hiatus?

AR: I had more to say. Many years have passed since I wrote the original trilogy. I felt a new book could refine and deepen the vision. Also, times have changed and, with them, attitudes towards erotica. It’s accepted today in a way it was not before, and I did find that inspiring.

KW: Bobby Shenker says: I read and loved the Beauty series when I discovered it in the mid-Eighties. Did the appearance of Fifty Shades of Grey have any influence on your decision to continue the series?

AR: Yes, the success of Fifty Shades indicated that people were out of the closet about their appreciation of erotica. Erotica no longer need be an underground thing. I was inspired by this new acknowledgement of the significance of erotica. 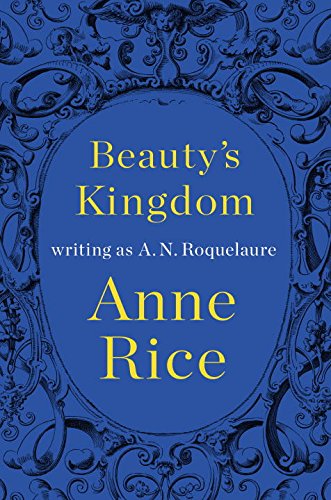 KW: Director Lawrence Greenberg says: Anne, I am a huge fan. I think that I have read every one of your books. Can you speak a little bit about how your writing has been adapted to the screen and what you have learned from that process, for better or worse?

AR: I have good and bad experiences with screen adaptation. What I learned above all is that it is always a risk. However, I love film in all forms, and I think it’s worth the risk. So I keep agreeing to and encouraging adaptations. Of course, I feel those adaptations which are entirely faithful to the underlying work are the most successful. When producers and directors and screenwriters try to re-imagine and substantially change the underlying material, more often the end product fails.

KW: Editor Lisa Loving says: Wow! OK! Dang! Anne Rice rearranged part of my mind during the years I read her novels, including the three-part Sleeping Beauty. Will… never… get… over… that! Whoa! Anne, one of the things I love the most about your writing is the way you consistently encompass wide swaths of human history. What is your favorite history book, or do you have a go-to source for your historical perspectives?

AR: I read very widely in history and consume an amazing number of biographies.  The well written biography is the best way for me to learn about a period, whether we are talking about a biography of Harriet Beecher Stowe or Elizabeth I or Peter the Great or Augustus Caesar. I read history all the time for pure pleasure often immersing myself in a character or a century that might not show up in my novels at all. Reading history for me is like eating ice cream.

KW: Lisa’s also curious about what made you turn to writing about the life of Jesus. What did that historical research involve? And what has been the response of your readers?

AR: Writing my two novels about Jesus involved years of research into life in the First Century, research in the Bible, research in Bible scholarship, research in ancient mythology and literature, etc.   I visited Israel twice while writing these books.  —- The reader response to both Christ the Lord books was hugely positive, but I eventually moved away from the project for theological reasons. I loved writing about the private life of Jesus, trying to re-create what daily life was like for Him as a boy in Nazareth, but when it came to tackling His public life and teachings, I found the age old theological battles about Him draining and discouraging. But I loved working in this area. I am a believer in Jesus who has no organized theology to back up that belief. I seek for Jesus outside organized religion and it quarreling churches and cults. And my two books about Jesus  are the full expression of my love for Him and faith in Him.

KW: Do you have any favorite “monsters” that you have never written about? Is “monster” the right word to describe vampires, witches and Lasher? Is there a real-life Lestat that you patterned the character on?

AR: My favorite monster is the vampire without doubt. He is a metaphor for the outsider in all of us, the outcast, the lonely one, the lost one. I’ll be interrogating that metaphor for the rest of my life.

KW: Editor/Legist Patricia Turnier says: Without giving too much away about Beauty’s Kingdom, tell us what readers should expect from it? If it becomes a movie one day, who’d you like to direct and star in it?

AR: Beauty’s Kingdom picks up the characters twenty years after the trilogy. Beauty and her beloved husband, King Laurent, are called upon to come back to the kingdom where they met as slaves and preserve the way of erotica slavery. Beauty declares that henceforth all slavery must be voluntary and open to applicants of all classes.  The book explores, among other things, the outlook of those who volunteer to be slaves and how they love it and what they expect from their royal masters and mistresses.  —-  Right now, Beauty is being developed for cable television.

KW: Patricia also says: I didn’t read Interview with the Vampire but I truly loved the movie. The best movies often come from great books, and it helps when the author writes the screenplay like in this case. How did you insure that the filmmaker would do a great job adapting your novel? Were you involved with the casting? Did you spend a lot of time on the set, too?

AR: I couldn’t really insure anything. I did write the script and Neil Jordan added many things but was essentially faithful to the script and the books.  But it’s always a risk. There was no guarantee it would turn out that way.  David Geffen was the producer behind it all, and it was his desire I think for fidelity that underscored the whole effort.

KW: It is amazing that you became highly successful with your first novel. I assume you encountered many naysayers prior to getting published. What kept you going and what advice do you have for aspiring authors?

AR: Writers have to have faith. They have to be stubborn.  They have to endure lots of insults, contemptuous dismissal and criticism, and they have to keep going. I always believed this. I always believed the author has to fight for her vision, her story, her characters, her “right” to be a writer and to offer something fresh and interesting in a marketplace that will always be tough. I don’t know where I got my courage. I am a scrapper. It’s in my genes.

KW: What was your first job?

AR:  My first job was as a cafeteria waitress in a downtown cafeteria in New Orleans.  I worked on weekends and made 75 cents an hour.  It was hard work but I loved it.

KW: Thanks again for the time, Anne, and best of luck with the book.