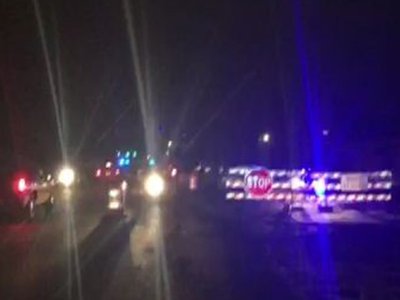 FLOWOOD, Miss. (AP) – A 60-year-old man is under arrest following an hour-long standoff with police.

WAPT-TV (http://bit.ly/1aMWtyf) reports officers arrived at the Flowood home of James Bolton Monday after receiving calls about gunshots. Police say once officers arrived, Bolton fired several shots at them before he surrendered.

During the standoff, police estimate 30 to 40 rounds were fired, but no one was harmed.

Bolton surrendered and was charged with aggravated assault. He will be evaluated. There’s no word if he’s hired a lawyer.

COLUMBUS, Mississippi (AP) — Two deputies were wounded Tuesday in a shooting in a Lowndes County subdivision. Chief Deputy Marc Miley says the shooting happened about 1:15 p.m. in the Drake Hill subdivision in the […]