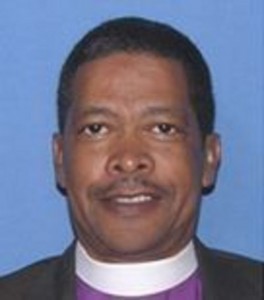 (AP) The Rev. Jeffery A. Stallworth will not have to register as a sex offender in Mississippi after his criminal record was expunged in Maryland.

The Mississippi Supreme Court on Thursday reversed an order from a Hinds County judge who required Stallworth to register.

Sex offenders are required under Mississippi law to register with the local sheriff’s department and have a special identification card issued by the Highway Patrol.

Stallworth, then-pastor of Jackson’s Anderson United Methodist Church, pleaded guilty in 2002 to a misdemeanor charge of sexually assaulting a woman during a 2001 stay at her Maryland home. He received a suspended sentence.

Stallworth argued in an appeal that his conviction and sentence were expunged by a Maryland judge in 2010. He petitioned the Hinds County Circuit Court to lift the requirement he register as a sex offender in Mississippi. A judge ruled against him in 2013.

Presiding Justice Jess Dickinson said in the Supreme Court 6-3 decision that Stallworth’s conviction no longer exists so he no longer has to register.

“At the moment Stallworth’s Maryland conviction was expunged, the law provides that he was restored to the status he had occupied before he was convicted, which means that –in the eyes of the law– he had no conviction. And before Stallworth was convicted, he had no duty to register as a sex offender,” Dickinson wrote.

President Justice Michael Randolph, joined by two other justices in a dissent, said a Maryland court decision has no impact on Mississippi law.

“While Maryland’s legislature may allow Maryland’s courts to expunge the records of sex offenders, Mississippi does not, save for juveniles. Our statues make clear that sex offenses are not eligible for expunction,” Randolph wrote.

JACKSON, Mississippi (AP) — The Mississippi Supreme Court has rejected arguments that prosecutors’ errors caused a jury to convict Curtis Giovanni Flowers a fourth time in the slayings of four workers at a Winona furniture […]

JACKSON, Mississippi (AP) — A pardon by the governor is not grounds to wipe clean a criminal record, the Mississippi Supreme Court has ruled. The case centered on the claim of Rebecca Hentz, who was […]

JACKSON, Mississippi (AP) — The Mississippi Supreme Court will hear an appeal from the man convicted in the 2010 death of George County Sheriff Garry Welford. The state Court of Appeals upheld Christopher Lee Baxter’s […]