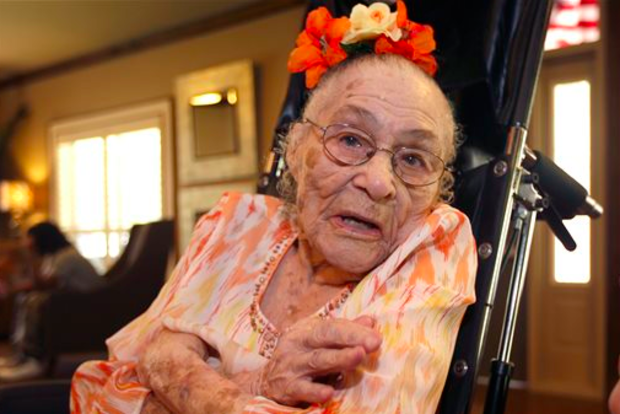 The Williams Funeral Home confirms that Weaver died Monday at the Silver Oaks Health and Rehabilitation Center in Camden, about 100 miles southwest of Little Rock.

Weaver became the oldest person in the world after the death of a 117-year-old Japanese woman last week, according to records kept by the Los Angeles-based Gerontology Research Group. Weaver was born on July 4, 1898.

Weaver told reporters last week that the key to her longevity was being kind to everyone and eating her own cooking.

She also said she hoped President Barack Obama would come to her 117th birthday party in July.