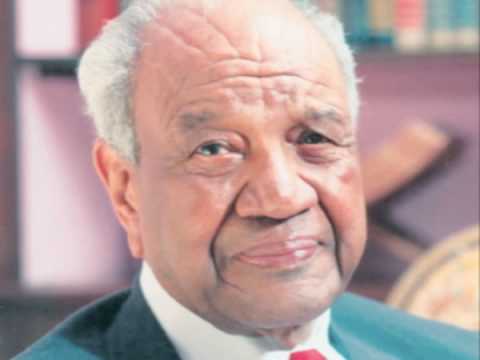 A noted preacher and civil rights activist died yesterday at the age of 96.

Gardner Calvin Taylor (June 18, 1918 – April 5, 2015) was an American preacher, noted for his eloquence and understanding of Christian faith and theology, and known as “the dean of American preaching”. Taylor was a close friend and mentor to Martin Luther King Jr. and played a prominent role in the religious leadership of the Civil Rights Movement of the 1960s.

Taylor preached the pre-inauguration sermon in January 1993 for the then President-elect Bill Clinton at Metropolitan A.M.E. Church in Washington D.C. Taylor received the Presidential Medal of Freedom on August 9, 2000, awarded by President Bill Clinton.

Gardner Taylor was born in 1918 in Baton Rouge, the grandson of former slaves, and grew up in the segregated South of the early 20th century. He graduated from the Oberlin College School of Theology in 1940, and began a lifetime of preaching and civil rights activism.

Taylor was pastor of the Concord Baptist Church of Christ in Brooklyn, New York for 42 years, before retiring in 1990. During this time he helped to found the Progressive National Baptist Convention with Martin Luther King Jr., providing an important base of support for King’s civil rights work.

More than 2,000 of Taylor’s sermons are archived, and recordings of many of them are available in collections such asThe Words of Gardner Taylor: 50 years of timeless treasures. Taylor died at the age of 96 on April 5, 2015