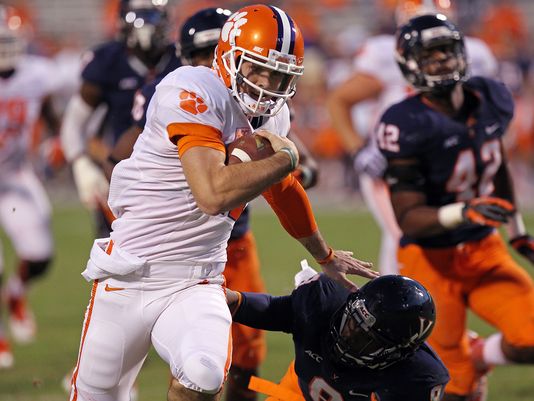 A Buffalo City Court judge on Monday accepted Kelly’s work tending to a community college athletic field at Eastern Mississippi Community College as part of the January plea agreement that had him admit to disorderly conduct in exchange for 50 hours of community service.

The nephew of NFL Hall of Famer Jim Kelly was arrested Dec. 21, days after signing with Ole Miss.

Kelly is one of three players vying to become starting quarterback for Ole Miss.

OXFORD, Mississippi (AP) — Mississippi’s defense is forcing turnovers and scoring points. Safety Cody Prewitt says the unit is relentless and stingy and it’s hard to argue with him now that it’s helped the No. […]

Mississippi's Johnson out with broken fibula

Mississippi defensive end C.J. Johnson is out for the rest of spring practice after suffering a broken fibula in his right leg during Wednesday’s practice.

Johnson was expected to have surgery Thursday, according to school officials. Ole Miss coach Hugh Freeze said Johnson’s recovery time is expected to be about three months.

GRAPEVINE, Texas (AP) — The College Football Playoff selection committee has spoken — and it likes the SEC. At least for now. Mississippi State, Florida State, Auburn and Mississippi are the top four teams in […]