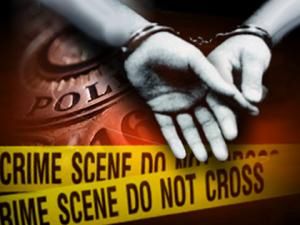 MILFORD, Del. (AP) — A man has been arrested after allegedly robbing and leaving a 91-year-old woman tied up for about 12 hours.

Police say Niebert entered the home in Milford about 3 a.m. Monday while the woman was sleeping, tied her up and stole cash and jewelry. They say he then fled in the woman’s car.

Officers say a relative of the woman found her still tied up about 3:30 p.m. The victim was hospitalized with non-life-threatening injuries.

Authorities chase leads on suspects \who killed one Tupelo officer, wounded another

December 26, 2013 Online Editor News, The Buzz Comments Off on Authorities chase leads on suspects \who killed one Tupelo officer, wounded another

TUPELO, Mississippi (AP) — Police don’t have a suspect yet in the death of one Tupelo police officer and the wounding of another, but authorities are chasing down leads and talking to people of interest, […]

GULFPORT, Miss. (AP) – Police say a woman whom store officials said was shoplifting at the Super Wal-Mart in Gulfport ran back into the store to avoid arrest and punched, pushed and scratched a police […]