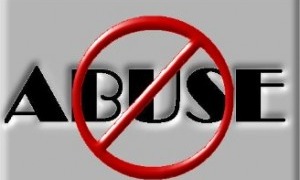 JACKSON, Mississippi (AP) —  Making a false report of child abuse could become a crime in Mississippi.

The state Senate on Thursday passed a bill that would set a penalty of up to $5,000 and a year in jail for anyone convicted of intentionally and maliciously reporting to authorities that a child had been abused or neglected.

Fillingane, who’s an attorney, says social workers are already overworked and underpaid, and they shouldn’t have to spend time investigating bogus claims. He says he doesn’t think setting penalties will discourage legitimate reporting of abuse.

Senate Bill 2047 will move to the House for more debate.

A Hinds County woman is being held without bond after being charged with capital murder in the death of her 1-year-old son. Tiffany Michelle Menifield remains behind bars at the Hinds County Detention Center after appearing in court on Saturday, July 27.

Menfield, 25, who lives in the 600 block of Hampton Circle in Jackson, was charged after her son, Tyree McDonald, died on Sunday, July 18 at UMC Hospital. […]

From the seat of the Governor’s office to the Commercial Appeal News to the feminist.org blog, the condolences and statements of admiration and remembrance for State Sen. Alice Harden (D-MS) continue to flow. She passed Thursday, Dec. 6, of an undisclosed lengthy illness.

As an African American woman to serve in the Mississippi State Senate, beginning in 1988, she left her mark on history. Her body will lie in repose at the State Capitol, Thursday, Dec. 13, from 11 a.m. to 3 p.m…. […]

DETROIT (AP) — Autopsies are scheduled on the bodies of two children found in a deep freezer in their Detroit home. Authorities say they hope the bodies of Stoni Ann Blair and her brother, Stephen […]