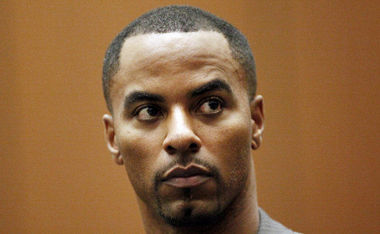 NEW ORLEANS (AP) — A judge has ordered California authorities to turn over Darren Sharper to face drug charges in federal court in New Orleans in connection with a series of alleged rapes, according to a report on nola.com.

U.S. Magistrate Judge Michael B. North signed an order that the former Saints star be brought to Louisiana from Los Angeles for a Feb. 23 arraignment on drug conspiracy charges tied to a series of rapes prosecutors said took place in New Orleans. The order states Sharper would remain in federal custody until the conclusion of his federal case in New Orleans.

The federal charges were filed in December, an indictment that was announced only hours after Sharper was charged with rape and aggravated rape in Orleans Parish Criminal District Court.

After his federal case concludes, Sharper would be returned to the custody of authorities in Los Angeles, so he can face the rape charges there, federal prosecutors said in their motion requesting the order. Sharper has also been charged with sexual assault and drug charges in Arizona. Authorities in Nevada also are investigating rape allegations against Sharper.

In each case, Sharper is alleged to have drugged the women by spiking their drinks with prescription drugs alprazolam, diazepam and zolpidem, better known by the brand names Xanax, Valium and Ambien.

At a detention hearing for a co-defendant in the case in December, FBI agents testified Sharper referred to the spiked drinks as “the potion.”

It was not clear whether Sharper might also make his first appearance in the Orleans Parish case if he is transferred to federal custody in New Orleans.

Nandi Campbell, the lawyer representing Sharper in the Orleans Parish case, declined comment Monday. A spokesman for Orleans Parish District Attorney Leon Cannizzaro did not respond to a request for comment.