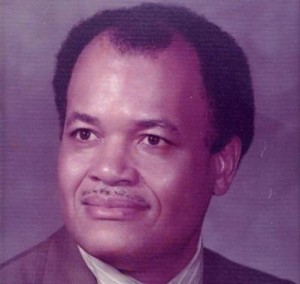 “To everything, there is a season…”

Emmitt W. Hayes Sr. was born to the late Dan Henry and Pauline Beatrice Hayes on July 4, 1922 in Jackson, Miss. He was the older of their two children. His sister, Annie Mae Robinson preceded him in death.

“A time to acquire”

He acquired his early and secondary education in the Jackson Municipal Separate Public School System. After high school he entered the United States Army where he served as a medical technician. After his service in the Army, he furthered his education at Tougaloo College and graduated in 1948. He earned his master of secondary education at Jackson State University (formally Jackson College).

Emmitt married his life-long mate, Odie Mae Sweezer and they were inseparable for 68 glorious years. To this union six children were born: Carolyn, Paulette, Gwendolyn, Jacquelyn, Emmitt Jr. and Kelvin. He loved his family and encouraged them to pursue excellence and has always supported the hopes and dreams of his children, grandchildren and great-grandchildren.

He remained a constant in all of their lives and each of them could count on him to love them and motivate them. One of his greatest pleasures was to spend time with his family and he has been a living example in each of their lives.

“A time for service”

Deacon Hayes has been a life-long member of College Hill Baptist Church where he has served as deacon, treasurer and has chaired and served on numerous committees. A devoted servant, Deacon Hayes always stood ready to assist and address the needs of the church.

Emmitt Hayes began his educational career in 1950 with the Jackson Municipal Separate Public School System where he taught both biology and French at the high school level. During his teaching career, he also served as football, basketball and track coach. In 1964, be began his administrative career as an assistant principal. He later became the first principal of Blackburn Jr. High School.

In 1969, Hayes became the principal of Jim Hill High School. This was the same year the Supreme Court ruled that school districts must end segregation “now and hereafter.” It was under Principal Hayes’ leadership that for the first time in Mississippi’s history, black and white children went to school together. Principal Hayes remained at Jim Hill until his retirement from the Jackson Public School System in 1987.

Emmitt Hayes believed in service to the community and to others. He loved his family and his church.  He was often sought out for advice or words of encouragement.

After his retirement, he remained active in the Jackson Public School System as mediator, provided service to The United Givers Fund, Goodwill Industries and many other community and civic organizations. He maintained his fitness by doing yard work, gardening and daily walks in the park until his health declined.

“A time for rest”

Emmitt Hayes’ life was filled with love and laughter. He departed his earthly life on December 26, 2014 surrounded by his family.

Remembering ‘Mr. Hayes’ The closing of a walking library

Students and teachers reflect on an ‘education giant’ By Gail M. Brown Special to The Mississippi Link When Emmitt W. Hayes, Sr. departed his earthly life on the night of December 26, 2014 at the Mississippi […]