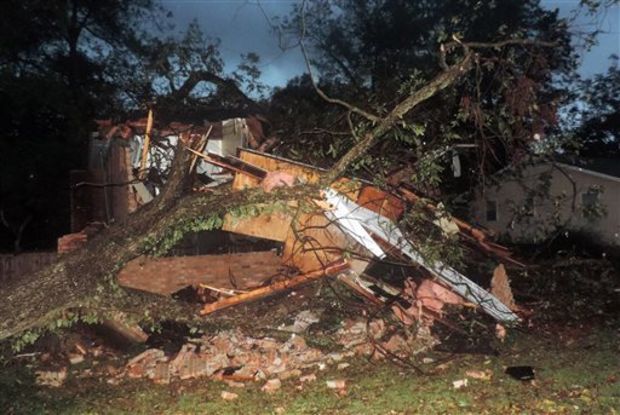 In Picayune, police say more than 70 Australian cattle dogs were discovered in and around a house in Picayune.

WLOX-TV reports Lynne Hackney and Milles Allen are accused of leaving more than 70 dogs unattended for weeks in the hot weather with little food and water. Police seized the animals Friday after they found them living in less than desirable conditions.

Hackney and Allen are free on bond.

They have each been charged with 249 counts of animal cruelty and neglect.

Hackney and Allen are scheduled to go to court on Dec. 3.

A judge is expected to make a decision on what should happen to the animals sometime within the next two weeks.

In Jackson, an employee who leads charter schools in Louisiana has been hired as executive director of the new Charter School Authorizer Board in Mississippi.

The seven-member Mississippi board is preparing to make decisions in December on a second round of applications to create charter schools.

Charters are public schools run by private groups that agree to meet certain standards in exchange for less regulation.

Schutte is leaving her job as policy and planning director for the office within the Louisiana Department of Education that oversees more than 90 charter schools. She earned a bachelor’s degree in political science from Tulane University and a master’s degree in public policy from Vanderbilt University.

A judge ruled last week that Dr. Arnold Smith, a 72-year-old Greenwood oncologist and the alleged instigator of a failed plot to kill attorney Lee Abraham, is mentally unfit for trial. Smith’s case is now before a chancery judge for civil commitment proceedings.

While Smith’s case was being addressed, prosecutors had delayed trials for co-defendants Cordarious Robinson and Derrick Lacy.

Prosecutors say Smith was the alleged instigator of a plot that ended April 28, 2012, with the death of gunman Keaira Byrd and the wounding Derrick Lacy. The men allegedly were hired to kill Abraham.

In Oxford, a former Oxford police office and Army 1st Lt. Donald Carwile will be remembered for his service to his country and his hometown with two memorial signs on College Hill Road.

The Oxford Eagle reports (http://bit.ly/1mM3phe ) that Lafayette County supervisors recently approved the location for the signs.

Carwile was killed in the line of duty on Aug. 15, 2008, in Afghanistan. The 29-year-old soldier earned the Bronze Star, the Purple Heart and the Army Commendation Medal.

Carwile had a bachelor’s degree in criminal justice from the University of Mississippi. He served as a patrol officer with the Oxford and Batesville police departments.

Officials say Carwile’s widow, Jennifer, and two daughters live on the road where the signs will be placed.

A ceremony will be held once the signs are ready.

In Fulton, the Occupational Safety and Health Administration has cited Graham Lumber Co. in Fulton for two safety violations following the April death of a worker who got entangled in a conveyor belt.

OSHA says in a news release the worker, employed at the company for less than two weeks, was cleaning up sawdust and bark around an unguarded conveyor when the entanglement occurred.

OSHA says a safety guard, which had been removed, had not been replaced immediately.

Graham Lumber is a subsidiary of Waynesboro, Virginia-based American Hardwood Industries, which operates two other sawmills in Linden and Selmer, Tennessee. The company mills hardwood lumber primarily for the flooring industry.

The company employs 26 workers at the Fulton mill.