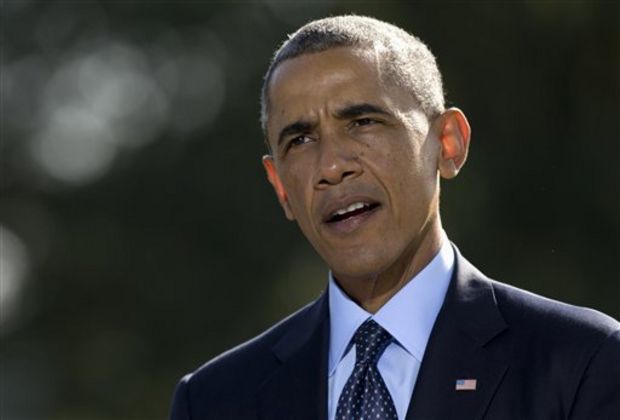 NEW YORK (AP) — For President Barack Obama, the participation of five Arab nations in airstrikes against militants in Syria marked an unexpected foreign policy victory as he plunges the U.S. deeper into a military conflict in the Middle East that he has reluctantly embraced.

The U.S. announced the strikes hours before Obama was due to arrive in New York for three days of talks with foreign leaders at the annual United Nations General Assembly. The cooperation by Arab partners provided a significant boost to Obama’s efforts to build an international coalition to take on the Islamic State militants who have moved freely across the border between Iraq and Syria.

U.S. officials said Bahrain, Qatar, Saudi Arabia, Jordan and the United Arab Emirates participated in the strikes against Islamic State targets, as Obama significantly ramped up U.S. military involvement in Syria, a country that has been mired in a brutal three-year civil war.

“America is proud to stand shoulder to shoulder with these nations,” Obama said during remarks from the White House shortly before departing for New York. “This is not America’s fight alone.”

While in New York for the U.N. meetings, Obama will also be facing other crises that highlight the extraordinary range of challenges demanding U.S. attention across multiple continents. He’ll speak at a high-level U.N. meeting on the Ebola outbreak in West Africa and meet with other leaders to discuss Russia’s provocations in Ukraine.

Along with the fight against the Islamic State, the trio of crises has raised questions about the effectiveness of Obama’s foreign policy and negatively affected the American public’s views of his handling of world affairs.

Obama was also to speak Tuesday at a U.N. meeting on climate change. And he’ll address the Clinton Global Initiative, an annual gathering hosted by former President Bill Clinton and former Secretary of State Hillary Rodham Clinton. The White House said Obama’s remarks will focus on bolstering civil society around the world.

But the bulk of the president’s agenda in New York will focus on bolstering the coalition that will take on the Islamic State militants. While the U.S. has been carrying out strikes against militant targets in Iraq, Monday’s strikes were the first in Syria.

Obama has insisted the U.S. would not be alone in trying to root out the Islamic State group, but the public commitments from allies had been few and far between. Before Monday night’s strikes, only France had committed to airstrikes in Iraq, and Saudi Arabia had volunteered to host U.S.-led training missions for Syrian rebels.

Even with the actions from Arab nations, the U.S. is seeking to rally other partners for future cooperation. High on the list is Turkey, a U.S. ally and NATO member.

“Nations like Turkey have their own clear, vested personal interest in confronting the threat that’s posed by ISIL,” White House spokesman Josh Earnest said, referring to the Islamic State by one of its many acronyms. “All of the mayhem and havoc that ISIL is wreaking in Iraq and in Syria is right on Turkey’s doorstep. And it’s certainly not in their interest for all that instability and violence to be occurring so close to their border.”

Obama is not scheduled to have a formal bilateral meeting with Turkish President Recep Tayyip Erdogan in New York, though the leaders are likely to have some interaction on the sidelines of the discussions.

Obama will hold his first meeting with new Iraqi Prime Minister Haider al-Abadi, who took office in August amid a U.S.-led push to make his country’s government more inclusive to Sunnis who had turned against Baghdad and toward the Islamic State group.

The president will also chair an unusual U.N. Security Council meeting Wednesday at which members are expected to adopt a resolution that would require all countries to prevent the recruitment and transport of would-be foreign fighters preparing to join terrorist groups such as the Islamic State. However, Obama administration officials have acknowledged that U.N. resolutions can be notoriously difficult to enforce.

Officials say Russia’s threatening moves in Ukraine will be a focus of discussions among diplomats and world leaders in New York, though there’s no expectation that specific action will be taken. Russia holds a permanent seat on the U.N. Security Council and has repeatedly vetoed resolutions related to its monthslong conflict with Ukraine.

Before departing New York on Thursday, Obama will also address a U.N. meeting on the Ebola outbreak in West Africa. The White House has said it expects nations to announce pledges to send money, equipment and personnel to hard-hit nations, following on Obama’s announcement last week that the U.S. will send 3,000 military forces to West Africa.