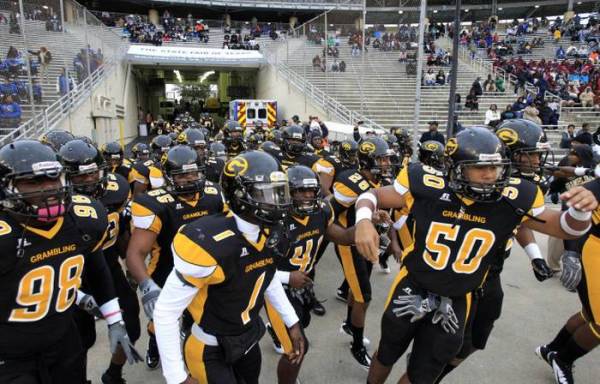 Grambling State (1-3, 1-0 SWAC) had built a 24-point lead in the third quarter before Jackson State (2-2, 0-1) shaved the deficit to 40-35 and was driving for the end zone again when LaMontiez Ivy fumbled at the GSU 34 with 28 seconds left. Cooper was there to grab it and Grambling State ran out the clock for the win.

Juwan Martin hauled in the go-ahead TD catch from Stephe Johnson, who finished with 184 yards passing, and Aaron Breed returned a fumble 41 yards for another GSU score a minute later.

Jackson State was held to 73 yards rushing but outgained GSU in total offense 480-348. Ivy was 25 of 36 for 407 yards, with four touchdowns and three interceptions.

Eyes on the Prize

Williams reflects on book’s impact on race relations The Mississippi Link Newswire With his eyes still on the prize and using reflections from his best-selling book of the same name, national journalist and author Juan […]

After being on the road to open the season for three consecutive weeks, JSU played their first home game in front of an announced crowd of over 20,000. Low numbers since the last time Southern came to Jackson. Saturday’s (Sept. 22) game against Southern was a great example of how Tiger fans are feeling. Let me explain. At this point in the season, die hard fans expected to be at least 2 & 2 after Saturday, not 1 & 3.