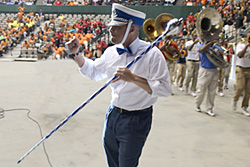 In response to the American Humanist Association’s Appignani Humanist Legal Center’s letter sent on Aug. 25, 2014, the Jackson Public School District in Jackson, Mississippi, has agreed to eliminate religious activity, including prayers and sermons, at future convocations for its faculty.

“We’re very pleased that the school district has promptly responded to this issue and has made assurances that future school-sponsored assemblies will comply with the Establishment Clause,” said Monica Miller, an attorney with the Appignani Humanist Legal Center.

Earlier this week, the Appignani Humanist Legal Center sent a letter to the school district on behalf of a concerned teacher, who reported that a Christian reverend included prayers, a liturgical call and response, and biblical references in his remarks. Other speakers at the event also included religious language in their speeches and specifically invoked Scripture, “God” and the “Lord.” In a letter sent yesterday, representatives from the district state that such religious activity will not be included in future convocations. 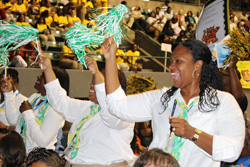 By Tim Ward Sports Writer Unlike other sports, baseball still drafts players fresh out of high school. Most of the time it takes them some years to make it up to the major league baseball […]

From the Governor’s office, the Mississippi Department of Education, Jackson Public Schools and Jackson State University, Mississippians expressed their sorrow and concern for the safety of all school children, after the Dec. 14 murder of 20 children and six adults by a lone gunman at Sandy Hook Elementary School, in Newtown, Conn…. […]