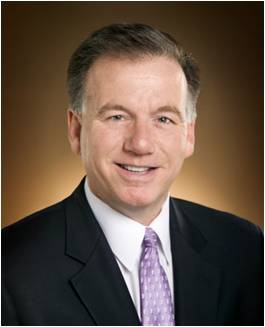 JACKSON – Global retail giant, Walmart has signed on as a sponsor of the Connect 1 Conference. The conference will be held next month at the Jackson Convention Complex in Jackson Mississippi on Wednesday, September 17 and Thursday, September 18.

Conference organizers are hoping that more than 1,000 people from Mississippi and outside the state will register and attend the conference, including business owners, business executives, consumers and students. Registration for access to the full conference is $75.00 extended through August 31st ($100.00 beginning September 1st).

Walmart is sending a corporate executive to speak at the conference about its $250 billion initiative to buy products made in America from suppliers located in Mississippi and the rest of the country.  Walmart is the largest retail store in the United States, serving 140 million customers weekly with more than 200 million transactions.  From its start in a modest building in Rogers, Arkansas in 1962 Walmart has grown to operate under 69 banners in 27 countries.

Joe Quinn, Senior Director, Walmart’s Public Affairs and Government Relations will be the keynote speaker at the 9:00am “Getting Started” opening session on Wednesday, September 17.  He will also talk about doing business with Walmart.

Quinn helps build national Walmart relationships with elected officials, suppliers, customers, communities, and associates.  He is currently focused on the major Walmart effort to bring manufacturing and jobs back to the United States. The company has committed to buying an additional $250 billion in American products during the next ten years.

During his time at Walmart Quinn has helped manage the company commitment to hire 100,000 veterans over five years, has worked in the Walmart Benefits Division that makes company benefits available to 1.3 million associates, and has helped lead the company effort to make healthier food more accessible and affordable for all families. Walmart is the largest grocer in the United States.

In 2006 Quinn was part of the Walmart team that rolled out the innovative $4 generic drug program that changed the national healthcare landscape by saving customers billions of dollars.  For that work Quinn was a co-winner of the 2007 Walmart Sam Walton Entrepreneurial Award.

Quinn previously was Director of Communications for the Arkansas Department of Human Services and a television journalist with the CBS TV affiliate in Little Rock, Arkansas.

Quinn and his wife Shannon live in Rogers, Arkansas with their two amazing children, Jimmy and Ava.

The conference will feature an expo, networking breakfast, business luncheon, awards dinner, numerous workshop sessions, and a VIP reception. Speakers and presenters headlining the conference will include nationally and locally known leaders, corporate owners and executives.

There will be numerous workshops during the conference for registrants. “How to” workshop sessions at the conference include lessons on how to do business with the Federal, State and City government; how to do business with large corporations, agencies and institutions; how to get business funding and financial assistance; how a business can use Ecommerce and the Internet to grow; and more.  Anyone interested in attending workshop sessions can sign up online at http://connect1conferenc.com/events/

Registration is still open for businesses, agencies, organizations and individuals interested in having an exhibit booth in the exhibit hall. Interested parties can register online on the conference website at http://connect1conference.com/exhibitor-information/