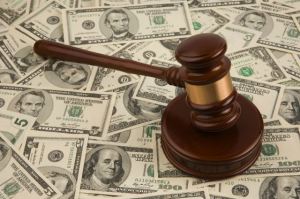 JACKSON, Mississippi (AP) — A family that owned a restaurant in Bay St. Louis before Hurricane Katrina has won $644,000 in a lawsuit, with jurors ruling that land Mississippi took to build a new small-craft harbor was private property, not state tideland.

The verdict came Monday after a weeklong trial in Hancock County, Paul Scott, a lawyer for the Murphy family, said.

Testimony showed that the Murphy family, which operated Dan B’s beachfront restaurant, had deeds showing their property extended beyond a decades-old retaining wall to the water’s edge, Scott said. The Murphys had owned the land since the 1980s, he said.

Pamela Weaver, a spokeswoman for Secretary of State Delbert Hosemann, declined to comment Wednesday. Hosemann’s office administers state tidelands. The state could choose to pay the judgment or appeal.

Scott said this case was different because, although there was a wall, the beach had not been renourished, and the land below the seawall belonged to the Murphys.

“The deeds all back through the years refer to their property going down to the water’s edge,” he said. “They used to mow the grass on that land beyond the wall.”

The restaurant, like many other structures, was destroyed by 2005’s Hurricane Katrina. After the storm, the state took most of the land and leased it to Bay St. Louis for the city’s new $21 million harbor, which opened last month. The city was dropped from the lawsuit over the land, and the state’s loss does not affect the harbor.

“It was never going to affect the operation of the harbor,” Scott said

The family still owns about 3,500 square feet of land adjoining the site.

Scott said that he represents two other property owners who are suing over land they say was improperly taken for the harbor and that those cases could go to trial next year.

By Monica Land BAY ST. LOUIS – Authorities in Hancock County are looking for a man that may have information about the murder of an 83-year-old man in March, and they’re asking for the public’s […]

NEW ORLEANS (AP) — Mississippi and Louisiana marked the 10th anniversary of Hurricane Katrina on Saturday by ringing church bells, laying wreaths and celebrating the resiliency of a region still recovering from a disaster that […]

President to visit New Orleans for Katrina 10th anniversary, but not Mississippi

August 20, 2015 Online Editor News Comments Off on President to visit New Orleans for Katrina 10th anniversary, but not Mississippi

EDGARTOWN, Massachusetts (AP) — President Barack Obama will mark next week’s 10th anniversary of Hurricane Katrina by visiting New Orleans, which bore the brunt of the storm’s devastating blow and has yet to fully recover […]