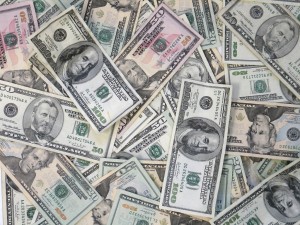 JACKSON, Mississippi (AP) — Consumer spending grew more slowly in Mississippi than in any other state in 2012, reflecting the state’s slow recovery from the recession.

With other figures showing Mississippi’s economy grew by a brisk 3.5 percent that year, it suggests gains aren’t making it to the pockets of residents, or if so, they’re not spending that money.

Mississippians spend more than the national average on gasoline, reflecting a rural and car-dependent state. However, they spend less than all other Americans on housing and utilities.

2nd edition of ‘Who’s Who In Black Mississippi’ unveiled

A celebration with a mission By Gail M. Brown Editor Following what has been described as an “elegant” reception, Satuday night, June, 23, the 2nd edition of “Who’s Who In Black Mississippi” was unveiled at […]

(AP)  The U.S. Department of Transportation is awarding more than $10 million in grants that will be divided among 35 Mississippi airports. Senate Appropriations Committee Chairman Thad Cochran, R-Miss., said the grants will pay for […]