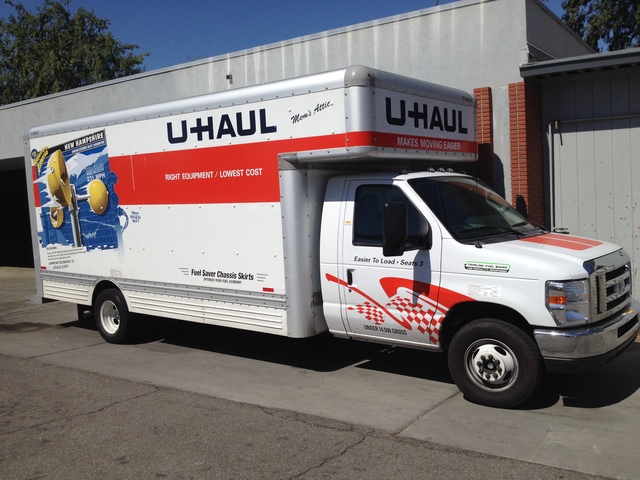 MCCOMB, Mississippi (AP) — A judge has freed a Mississippi couple who were jailed after they were found living in a U-Haul truck with several other people but has told the man to leave Pike County.

McComb Municipal Judge Danny Smith ordered Darnell Varnado, 28, of McComb, released from jail on his own recognizance on the condition that he immediately leave Pike County. Smith said Varnado can return for court hearings.

The Enterprise-Journal reports the judge also Wednesday released Varnado’s wife, Shantay E. Varnado, 29, on her own recognizance. She was not banished.

Darnell Varnado’s bond was $100,000. County Prosecutor David Brewer said he didn’t want to keep the man in jail at taxpayers’ expense and hoped Varnado can find a place to live.

Police arrested the couple found living with their two children and the children’s grandmother in an overdue rental truck that had been reported stolen. Police said the cargo truck was nearly two months overdue.

The state Department of Human Services found a temporary residence for their two children and the children’s grandmother after the Varnados were arrested July 21.

Another family, including four adults and a newborn baby, was also living in the truck until June, when they found housing in nearby Monticello.

Police said all 10 people had traveled from McComb to New Jersey in late May to live with relatives, but returned after the arrangement fell through.

Police and DHS workers learned in early June that the people were living in the cargo compartment of the truck, which was in a shopping center parking lot. The truck reportedly had been scheduled for return May 29. Social workers put both families up temporarily in a hotel and directed them to housing authorities in Monticello, 38 miles from McComb.

Police said they did not know why one family found housing and the other did not. The Varnados returned to living in the truck.

Brewer said police found alcohol and marijuana in the truck during the July 21 arrests and for that reason he would not drop the charges against the couple.

The Associated Press Here are some news and notes from around Mississippi: — In McComb, a Mississippi couple have been arrested after police say they discovered them living with their two children and the children’s […]