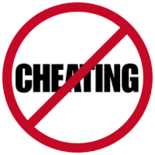 JACKSON, Mississippi (AP) — The Mississippi Department of Education’s new budget includes a request for $1 million to focus on cheating in the public schools.

Department spokesman Pete Smith told The Clarion-Ledger  the agency has no money set aside for such investigations and had to borrow money from other areas. The agency since May has been looking into cheating in the Clarksdale Municipal School District.

Lawmakers will have to approve the specific request. The Legislature convenes in January.

The Department of Education signed two contracts with Utah-based Caveon Test Security in the past two months totaling nearly $300,000 to investigate allegations of cheating at Clarksdale’s Heidelberg Elementary School.

The investigation recently entered its second phase, which includes a detailed accreditation audit.

State Board of Education members approved the new line item at a meeting Wednesday in Jackson.

The board approved a 2016 budget request seeking $370 million over the $2.49 billion lawmakers allotted in the budget that began July 1. That includes money for programs beyond the Mississippi Adequate Education Program funding formula.

High school students will no longer be required to pass exams

March 4, 2015 Online Editor Education Comments Off on High school students will no longer be required to pass exams

JACKSON, Mississippi (AP) — Current seniors in Mississippi public schools could be the first in decades to graduate without passing an exit exam. State Superintendent Carey Wright announced Tuesday before the Senate Education Committee that, […]

Mississippi to step up reading instruction for third-graders

April 22, 2014 Online Editor Education, News Comments Off on Mississippi to step up reading instruction for third-graders

Clarksdale teen shot in the face while sitting on front porch

By Monica Land CLARKSDALE – Police Chief Greg Hoskins said they are still looking for a suspect in the murder of an 18-year-old girl shot to death while sitting on her front porch last week. […]