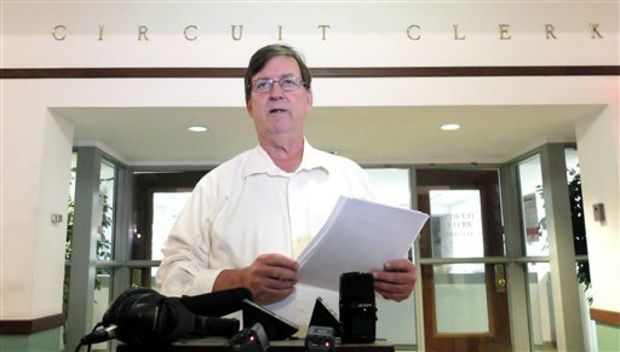 That total is significantly lower than McDaniel’s assertion that at least 1,500 improper votes were found in Hinds County.

McDaniel has said he would announce Wednesday whether he would formally challenge his loss to Cochran in the bitterly fought campaign that pitted a tea party-backed candidate against a six-term incumbent.

Mississippi voters don’t register by party, but state law prohibits a person from voting in one party’s primary and the other party’s runoff in the same election cycle. Crossover voting is a misdemeanor punishable by up to six months in jail and a $200 fine. However, convictions are rare.

The two campaigns have been examining poll books and ballot boxes statewide to seek people marked as voting in both the June 3 Democratic primary and the June 24 Republican runoff.

Perry said he observed, but did not participate in, the campaigns’ scrutiny of Hinds County voting records. He said they found 300 to 350 people marked as voting in the Democratic primary and the Republican runoff, but those voters have not been questioned or charged with wrongdoing.

McDaniel had finished 1,418 votes ahead of Cochran in the June 3 GOP primary that also included a candidate who spent little. Turnout increased by 63,295 votes in the runoff.

State law says the general-election sample ballot must be given to local election officials by Sept. 10, which is 55 days before the Nov. 4 general election. That squeezes the timeline for a lawsuit and a new primary runoff. Although state law says a court could order a new primary even after the general election, McDaniel campaign attorney Mitch Tyner said last week that he wants the dispute over the primary resolved soon.

The Cochran camp says it’s already focused on the general election, where the ballot includes Democratic former U.S. Rep. Travis Childers and Reform Party candidate Shawn O’Hara, who has run unsuccessfully for a long list of statewide offices since 1991.