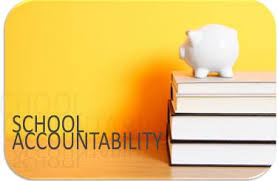 Mississippi’s public schools face unintended, unfair and unhelpful outcomes in state accountability rankings if the U.S. Department of Education does not approve the state’s plan to freeze those rankings during the transition to the greater rigor of the Common Core standards.

Public schools don’t know what they must do to achieve an A, B or other ranking on state tests in process statewide this week, making efforts a shot-in-the-dark because the state has not received approval from the federal government for its new accountability model. The Mississippi Legislature required that federal approval in a law it passed in 2013.

In addition, Mississippi’s plan to freeze rankings at current levels until in-school preparation for the tougher Common Core State Standards is completed is in limbo. The state Department of Education had told local school districts that this year’s state tests would not be used to determine a district’s grade unless they improved it; now there is some doubt as to whether federal education officials will go along with that.

This creates an unfair situation for those districts which, acting in good faith based on what they had been told, focused all their attention on Common Core and not on the current state curriculum frameworks. Not having given full attention to what students will be tested on this week, schools and districts can realistically expect to see a decline in rankings if the federal government refuses to allow those rankings to be frozen.

The state doesn’t seek anything like a free ride or even a weakening of standards, just consistency and adequate time to meet the demands of change and heightened expectation.

The constant movement and reshaping of education standards and requirements is powered by good intentions, but inconsistencies and confusion won’t help in reaching long-term goals.

The U.S. Department of Education should allow the rankings earned in 2013 after that year’s testing to be held in place until school systems statewide all have had adequate time to transition to the new Common Core standards.

Complex missions demand precision, and that’s what the accountability process during the transition to Common Core lacks.

The premise is simple: Schools should know going into a school year how they will be evaluated. Schools may not find out until after this school year is over how and whether they’ll be measured. That’s not good process or policy, nor does it even make sense.

Nothing’s to be gained in requiring the use of test scores based on assumptions that changed in mid-stream.

(From the Northeast Mississippi Journal)

High school students will no longer be required to pass exams

March 4, 2015 Online Editor Education Comments Off on High school students will no longer be required to pass exams

JACKSON, Mississippi (AP) — Current seniors in Mississippi public schools could be the first in decades to graduate without passing an exit exam. State Superintendent Carey Wright announced Tuesday before the Senate Education Committee that, […]

Acknowledgment for Civic Leadership and Engagement

Too often, we only hear about the negative – particularly when it comes to Jackson Public Schools.  As a long-time supporter of public education, I believe we need to commend Pamela Shaw, Founder and President […]

The Way Forward for Black Students

By Honorable Peter C. Groff  For good reasons many African Americans have wonderful memories of their time in public schools. Among those recollections are the family and community legacies, the favorite teacher and the lifelong […]