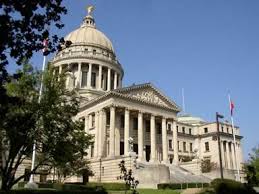 JACKSON, Miss. (AP) — Both chambers of the Mississippi legislature has approved $17 million to help pay for recovery from disasters, including tornadoes that recently pounded the state.

A bill passed the Senate unanimously during a special legislative session Thursday. Senate Bill 2001 went to the House for more debate but was also approved.

Republican Gov. Phil Bryant called lawmakers to the Capitol on Thursday, originally saying he would ask them to approve up to $20 million.

Officials say $17 million will be enough to cover recovery costs until January, when the Legislature begins is 2015 regular session.

As part of a deadly outbreak across the Midwest and South, 23 tornadoes struck Mississippi last week, killing 14 people and causing at least $13.5 million of damage. The cost of recovery could increase as officials continue to assess the losses.

JACKSON, Mississippi (AP) — Mississippi Gov. Phil Bryant has signed a new law designed to ensure teachers get a full paycheck in August, even if they work fewer days than usual because the school year […]