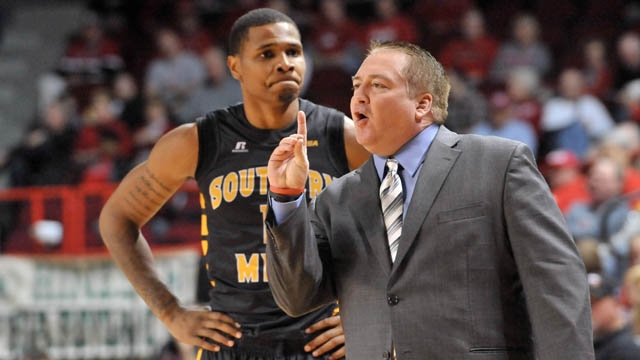 Tennessee announced Tuesday morning that Tyndall would be introduced as its new coach at a 2 p.m. news conference. The hire had first been reported by ESPN and CBS Sports.

Tyndall replaces Cuonzo Martin, who went 63-41 in three seasons at Tennessee before California hired him on April 15. Martin led Tennessee to a 23-14 record and an NCAA regional semifinal appearance this season.

The 43-year-old Tyndall has gone 56-17 with a pair of NIT appearances in two seasons at Southern Mississippi. The Golden Eagles went 29-7 and reached the NIT quarterfinals this season.

Tennessee has had good luck in the past picking promising coaches from mid-major programs. Martin came to Tennessee in 2011 after three seasons at Missouri State. Martin was preceded by Bruce Pearl, who arrived at Tennessee from Wisconsin-Milwaukee.

Tennessee loses four of its top five scorers from this year’s team. Josh Richardson, who will be a senior guard, is the only returning player who made over 10 starts this season.

Tyndall has experience in the state of Tennessee and in the Southeastern Conference. He was an assistant at LSU from 1997-2001 and at Middle Tennessee from 2002-06.

Tyndall was born in Grand Rapids, Mich. He played at Iowa Central Community College from 1989-90 and at Morehead State from 1990-93.