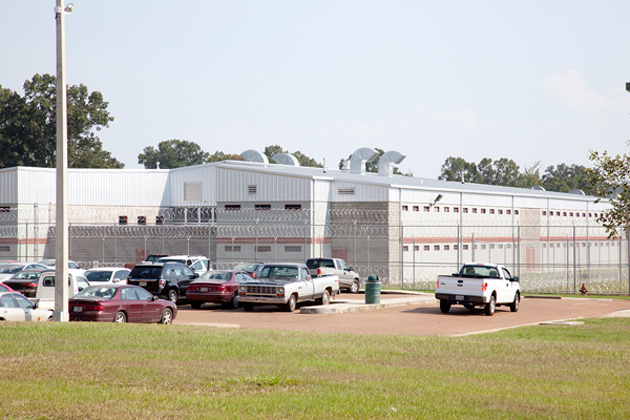 JACKSON, Mississippi (AP) — Violence is out of control, drugs are being smuggled in and guards are not adequately trained at the privately run Walnut Grove Correctional Facility, a prison with a history of troubles, according to court documents.

The documents, filed by monitors who oversee the prison and plaintiffs who sued over conditions there, said a Dec. 31 fight between two gangs in which 16 inmates were hurt shows more improvements are needed at the prison in Leake County.

Utah-based Management and Training Corp., which took over the 1,500-bed prison in 2012, disputed most of the findings by the monitors and plaintiffs. MTC said the prison “has made great progress in creating a safer environment for offenders and staff.”

Six prison guards and one supervisor were fired or resigned after the December fight, court papers said. Another staff member was placed on administrative leave.

The monitor’s report said, among other findings, that contraband was being smuggled into the prison and security personnel were ignoring rules violations and fraternizing with prisoners.

Five former employees and three others were indicted by a Leake County grand jury in March, mostly for smuggling marijuana.

The prison is under legal scrutiny because of earlier misdeeds. The state removed youth offenders from Walnut Grove after U.S. District Judge Carlton Reeves described conditions as “a cesspool of unconstitutional and inhuman acts” while it was being managed by Florida-based GEO Group. Reeves’ order came after a Justice Department report charged the state was “deliberately indifferent” to sexual abuse, overuse of force and inadequate medical care for young inmates.

The state agreed to improve conditions. GEO Group gave up its contract and the Department of Corrections hired MTC to house adult inmates at Walnut Grove. Since then, all parties agree conditions have improved.

“The facility has come a long way,” wrote Eldon Vail, a monitor for the Southern Poverty Law Center and American Civil Liberties Union. Those groups represent plaintiffs in the 2010 suit settlement.

But Vail and monitors appointed by Reeves found more must be done, using the December fight as an example. An MTC report said the fight went on for about an hour, with inmates using homemade knives and other weapons. Sixteen inmates were sent to hospitals for treatment, with four admitted.

After that disturbance, there were multiple inmate fights and assaults on guards while the prison was on lockdown, the prison said.

Vail supported the court monitors’ findings, writing that “at a fundamental level, MTC is not in control of the living units, or of the facility in general.” He said guards and case workers don’t spend enough time inside inmate living areas, and prisoners can easily obtain materials to fashion weapons.

The company said it’s trying to intercept contraband using a K-9 unit, stringing nets around the prison to keep contraband from being thrown in and installing an X-ray body scanner. Vail said those steps may not be enough.

“I am not at all confident that MTC’s plan of putting a net around the facility is going to solve the biggest source of their problem — namely, staff bringing contraband into the facility,” he wrote.

Earlier this month, Walnut Grove police arrested a prison employee for smuggling a cellphone and a cafeteria worker for smuggling synthetic marijuana.

The court monitors noted half the security staff in December had less than one year’s experience. Vail said the staff doesn’t have “the necessary skill, experience, and custody expertise” to manage high-risk inmates and called on the state to limit the prison to medium- and minimum-security inmates.

JACKSON, Mississippi (AP) — Some of the most dangerous prisoners have been removed from the privately-run Walnut Grove Correctional Facility following a July 10 riot, as the Mississippi Department of Corrections faces renewed legal claims […]

Phil Bryant: state will rebid all contracts with firms involved in Epps indictment

November 7, 2014 Online Editor Business, News, The Buzz Comments Off on Phil Bryant: state will rebid all contracts with firms involved in Epps indictment

JACKSON, Mississippi (AP) — People seeking further changes at a privately run prison in Leake County are on track to get a chance to try to persuade a federal judge. U.S. District Judge Carlton Reeves […]