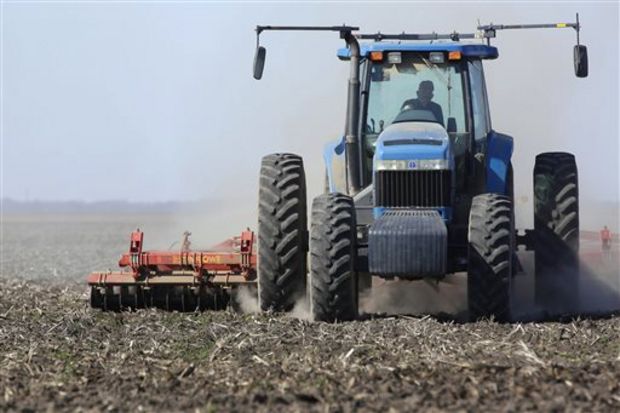 JACKSON, Mississippi (AP) — With corn prices down, Mississippi farmers are likely to plant more cotton than 2013’s record low acreage. But soybeans are still king, with almost as many acres expected to be planted than all other crops combined.

Those are the findings of the U.S. Department of Agriculture’s survey of what the state’s farmers plan to plant this year.

“I think it was a case of where the market said, ‘Don’t plant corn,'” said Mississippi State University agricultural economist John Michael Riley. He said corn could still be profitable, but other crops are likely to be more profitable. Soybeans, which require less fertilizer, may be the least risky because farmers will have less money invested.

Although heavy rains in recent weeks have slowed planting, MSU Professor Erick Larson said it’s still too early for farmers to begin shifting out of corn into soybeans or cotton.

“I still don’t view it as that much of an issue as far as delaying planting or switching crop intentions at this point,” Larson said.

Despite rains, a USDA survey found that 41 percent of the state’s corn acres had been planted by April 7. That’s behind last year and the five-year average.

One of the farmers who made the switch to soybeans last year was Mike Pannell of New Albany. Pannell planted no corn last year because of weather delays. He plans to plant less than a quarter of his 2,000 acres this year. He says that if his unirrigated farm produces an average yield, the crop will be barely profitable.

He’s not worried about the weather yet, saying that it’s still early in the planting season for his part of the state.

Pannell said that prices for soybeans have gone up some.

“It’s looking actually more profitable for beans than anything else,” he said.

After two years of good crops sold for high prices, Riley said most Mississippi farmers have strong finances. But he says lower prices this spring could pose increased risks to farmers.

“Let’s hope they squirreled some of that positive from 2013 away, because we are dealing with lower price levels for corn and to some degree for beans,” he said.