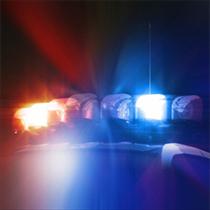 HATTIESBURG, Mississippi (AP) — Hattiesburg police are investigating an incident in which several shots were fired into the Islamic Center.

Jerry Buti, vice president of the Islamic Center, says he found bullet holes in the building around 5:30 a.m. Wednesday. There was no one in the building at the time. No injuries were reported.

Traxler says police have no leads or suspects.

He says police will pursue the incident as a malicious mischief case.

Buti says the center is open five days a week for prayer.

He says the center has been open for 35 years and has never had an incident like this before.

(AP) The Mississippi flag, which includes a Confederate battle emblem, was temporarily removed Thursday from most municipal buildings in one of the largest cities in the state. Hattiesburg Mayor Johnny DuPree said he ordered the […]

HATTIESBURG – (AP) At least one person was killed and several others injured after a shooting at a Hattiesburg restaurant on U.S. Highway 49 Monday. Hattiesburg police spokesman Lt. Eric Proulx said Scott Tyner, 44, […]

HATTIESBURG, Mississippi (AP) — After a nearly two-week search, a 37-year-old Hattiesburg woman wanted in the death of an elderly man has been arrested in Lamar County. Jon Traxler tells The Hattiesburg American Carrie Lea Reynolds was […]