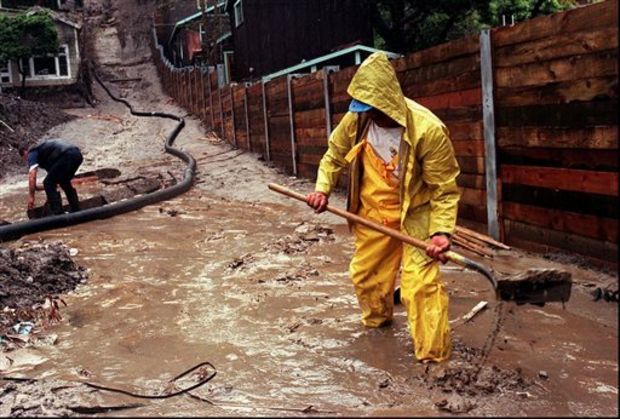 WASHINGTON (AP) — Federal forecasters predict a warming of the central Pacific Ocean this year that will change weather worldwide. And that’s good news for a weather-weary United States.

The warming, called an El Nino, is expected to lead to fewer Atlantic hurricanes and more rain next winter for drought-stricken California and southern states, and even a milder winter for the nation’s frigid northern tier next year, meteorologists say.

Globally, it can mean an even hotter year coming up and billions of dollars in losses for food crops.

The National Oceanic Atmospheric and Administration issued an official El Nino watch Thursday. An El Nino is a warming of the central Pacific once every few years, from a combination of wind and waves in the tropics. It shakes up climate around the world, changing rain and temperature patterns.

Mike Halpert, acting director of NOAA’s Climate Prediction Center, says the El Nino warming should develop by this summer, but that there are no guarantees. Although early signs are appearing already a few hundred feet below the ocean surface, meteorologists say an El Nino started to brew in 2012 and then shut down suddenly and unexpectedly.

The flip side of El Nino is called a La Nina, which has a general cooling effect. It has been much more frequent than El Ninos lately, with five La Ninas and two small-to-moderate El Ninos in the past nine years. The last big El Nino was 1997-1998. Neither has appeared since mid-2012. El Ninos are usually strongest from December to April.

Kevin Trenberth, a senior scientist at the National Center for Atmospheric Research, who wasn’t part of NOAA’s forecast, agreed that an El Nino is brewing.

“This could be a substantial event and I think we’re due,” Trenberth said. “And I think it could have major consequences.”

Scientific studies have tied El Ninos to farming and fishing problems and to upticks in insect-born disease, such as malaria. Commodity traders even track El Nino cycles. A study by Texas A&M University economics professor Bruce McCarl found the last big El Nino of 1997-1998 cost about $3 billion in agricultural damage.

Trenberth said this El Nino may even push the globe out of a decade-long slowdown in temperature increase, “so suddenly global warming kicks into a whole new level.”

Halpert, however, says El Ninos can be beneficial, and that the one being forecast is “a perfect case.”

After years of dryness and low reservoirs, an El Nino’s wet weather would be welcome in places like California, Halpert said.

“If they get too much rain, I think they’d rather have that situation rather than another year of drought,” Halpert said. “Sometimes you have to pick your poison.”

Australia and South Africa should be dry while parts of South America become dry and parts become wet in an El Nino. Peru suffers the most, getting floods and poorer fishing.

By Mississippi Press Staff PASCAGOULA, Mississippi — High pressure has settled over the region that will leave the Mississippi coast with a string of lovely spring days, according to the National Weather Service forecast. Today will […]

MIAMI (AP) — The Southeast is “exceptionally vulnerable” to sea level rise, extreme heat events, hurricanes and a decreasing freshwater supply, according to the National Climate Assessment released Tuesday. The 11-state region — home to […]